Have you thought about your final arrangements? You know, like what you want to wear for your final showing, if you want anyone to sing at your funeral, where you want to be buried, or maybe not buried at all, maybe you want to be cremated. I use to think I would want to be buried in my hometown, in the same cemetary my Mom is buried, but I've since changed my mind. I told Fonzy if it were up to me, he can just have me cremated and him and all my boys can go to the ocean and scatter my ashes. I saw this story and pictures online and wondered why someone would want to do this, but then I thought, Hey....it was his final wish, so why not.

Carlos Medina, kisses the cheek of his deceased brother Angel Pantoja Medina who stands erect, leaning against a wall during Pantoja's wake in their mother's home in San Juan, Puerto Rico, Monday, Aug. 18, 2008. Medina, who was killed on Aug. 15, 2008, had wished to be standing at his own wake, and was embalmed for the occasion.
(AP Photo/Juan Alicea Marcado, El Nuevo Dia) 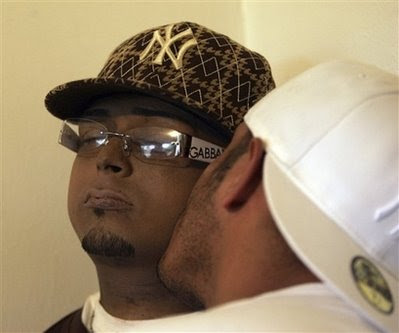 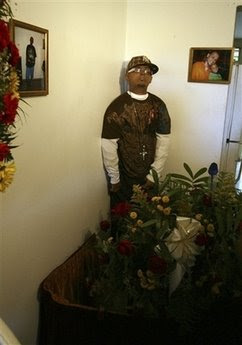 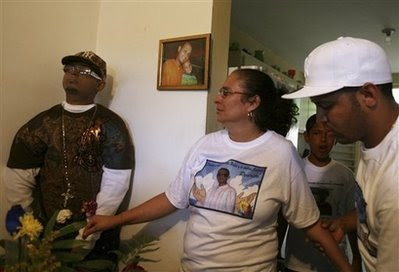 Posted by Mami Dearest
Email ThisBlogThis!Share to TwitterShare to FacebookShare to Pinterest