UNC Game and How Your Daddy Ruins Your Rap 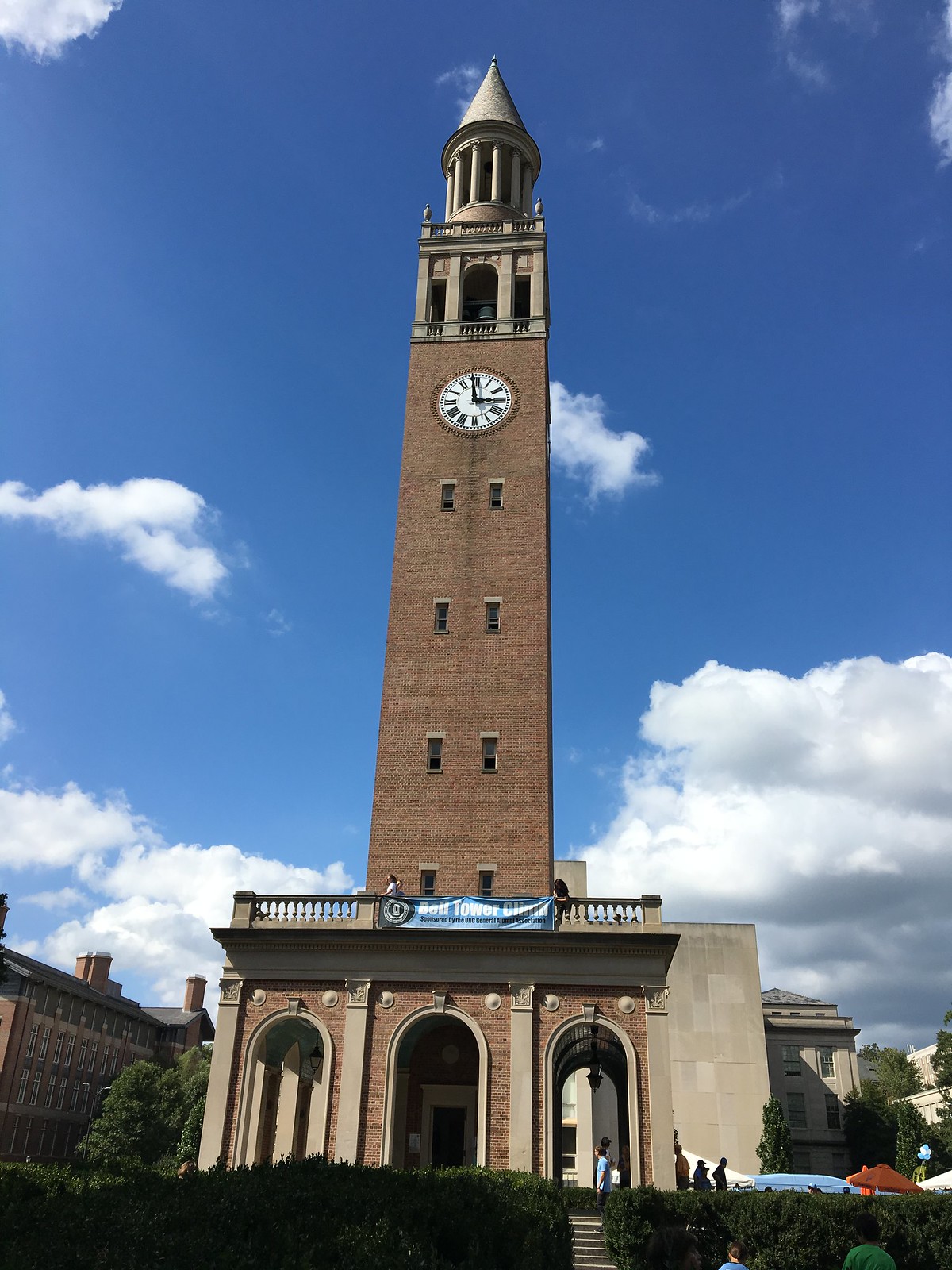 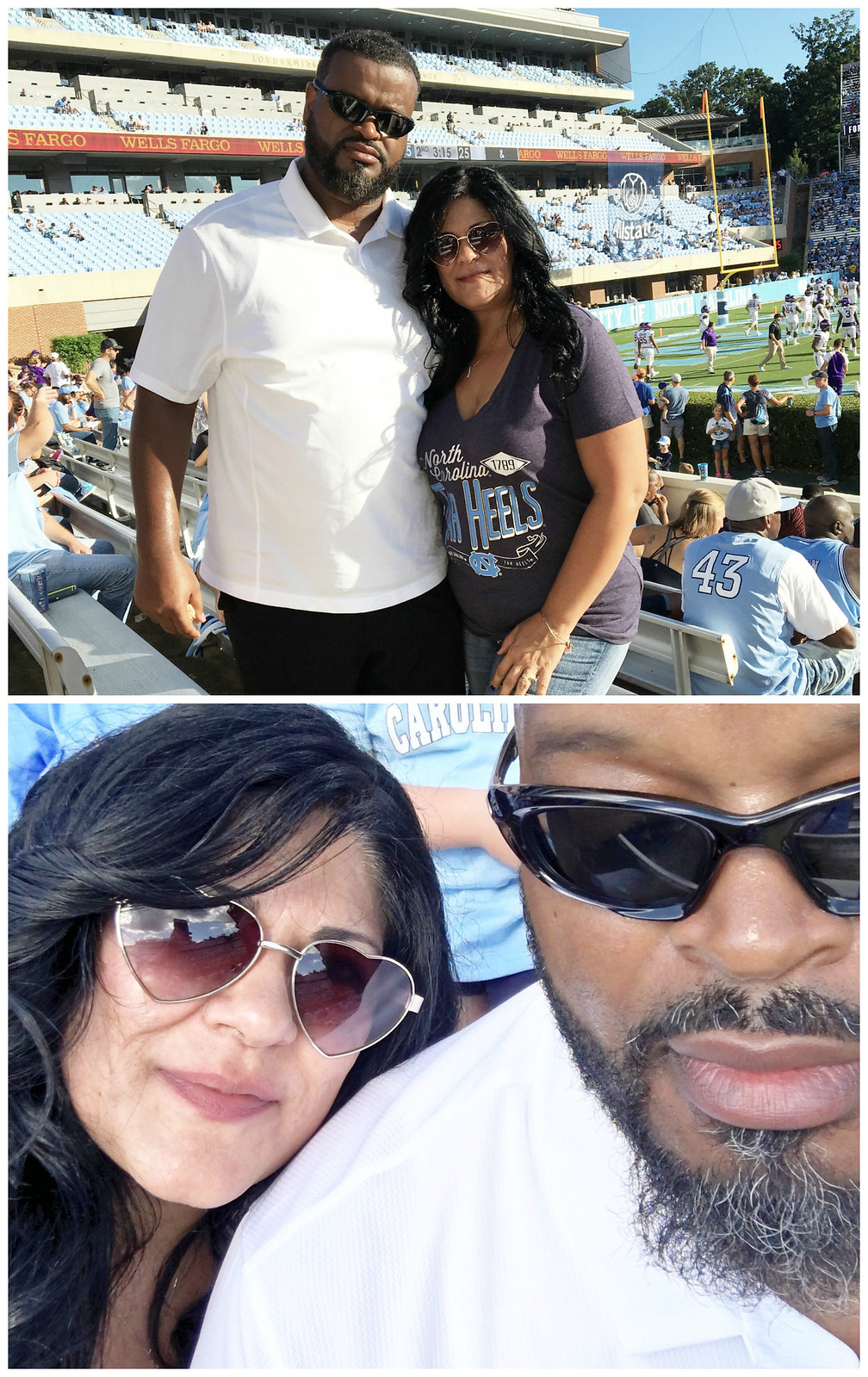 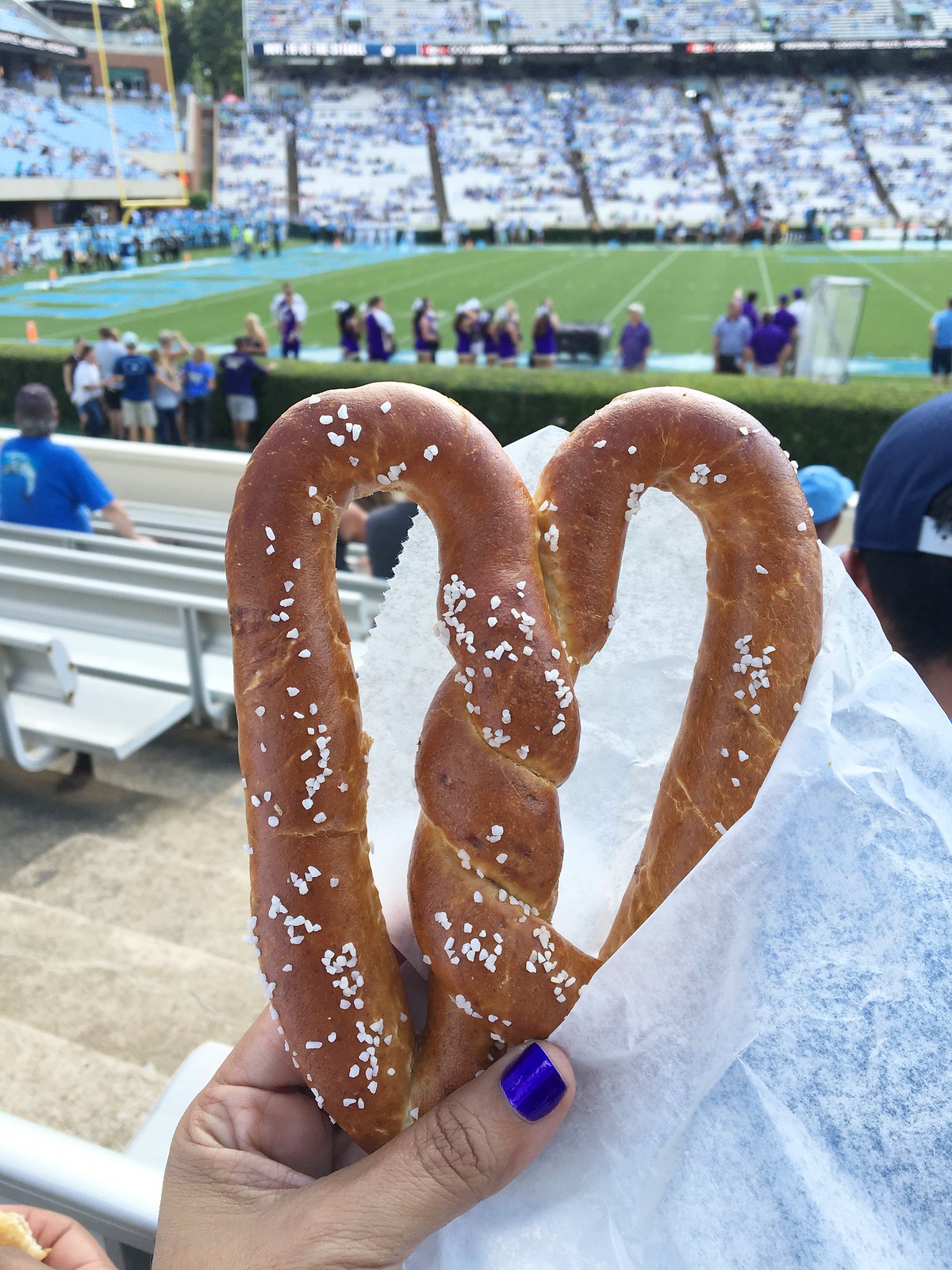 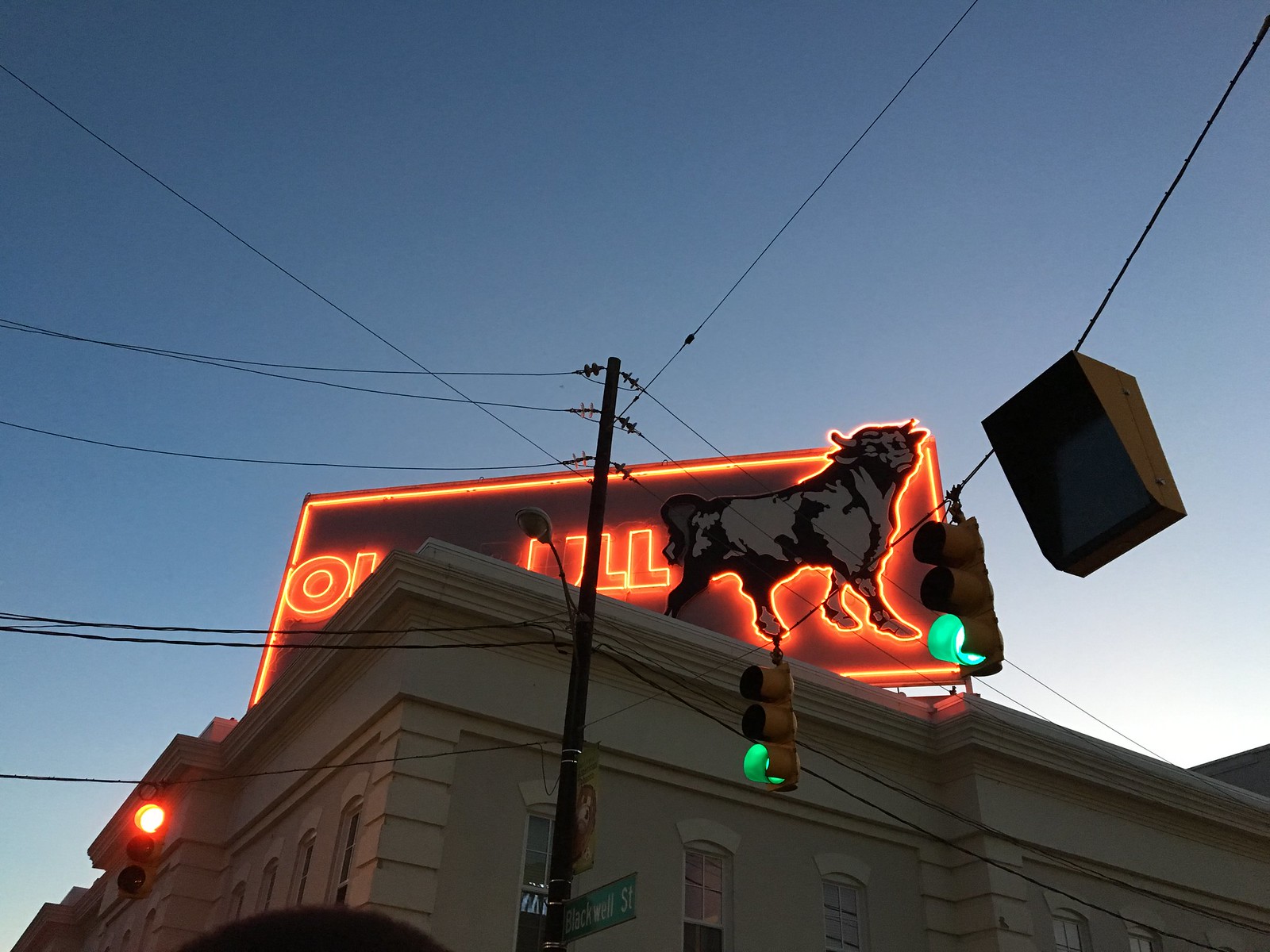 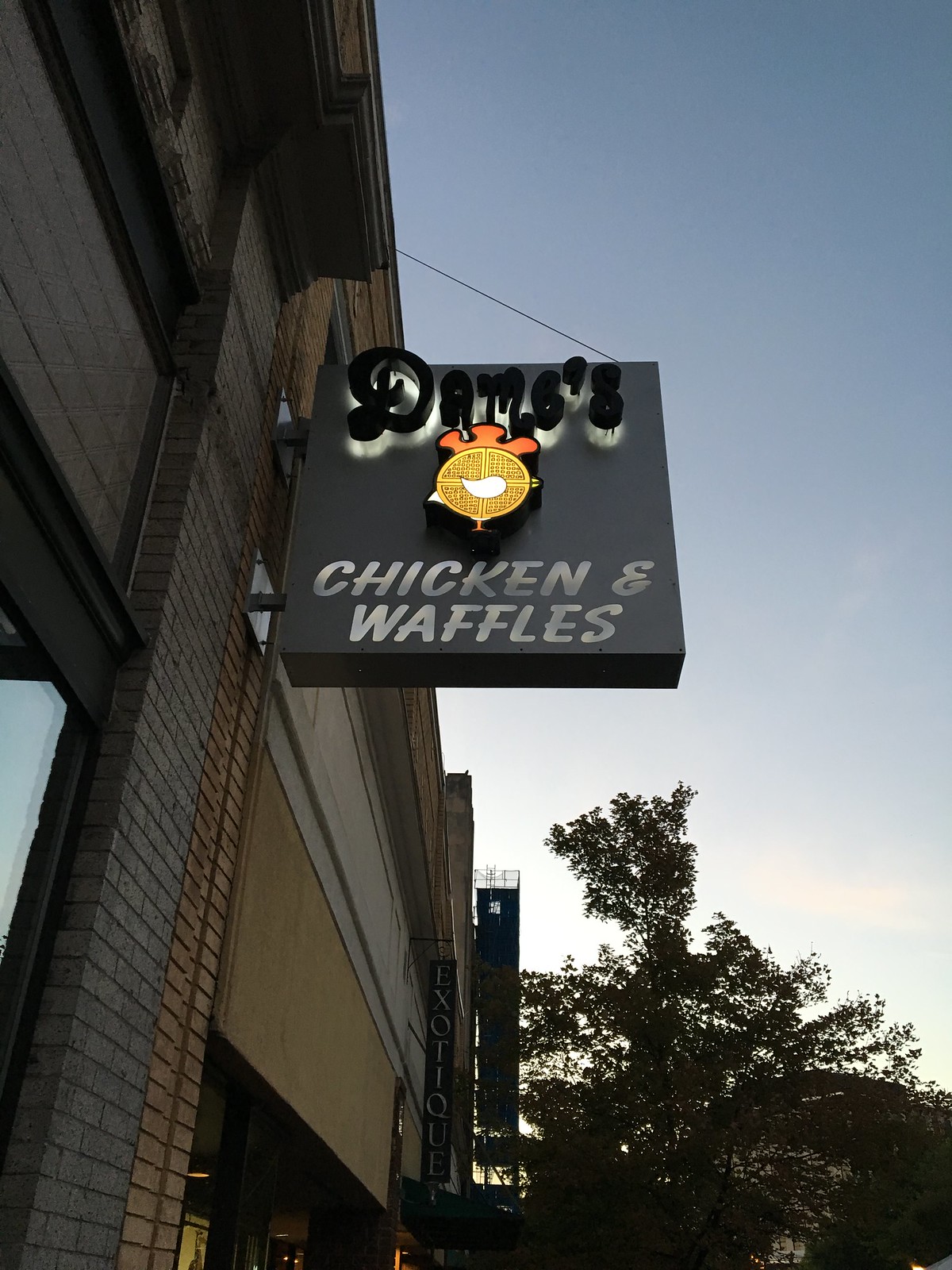 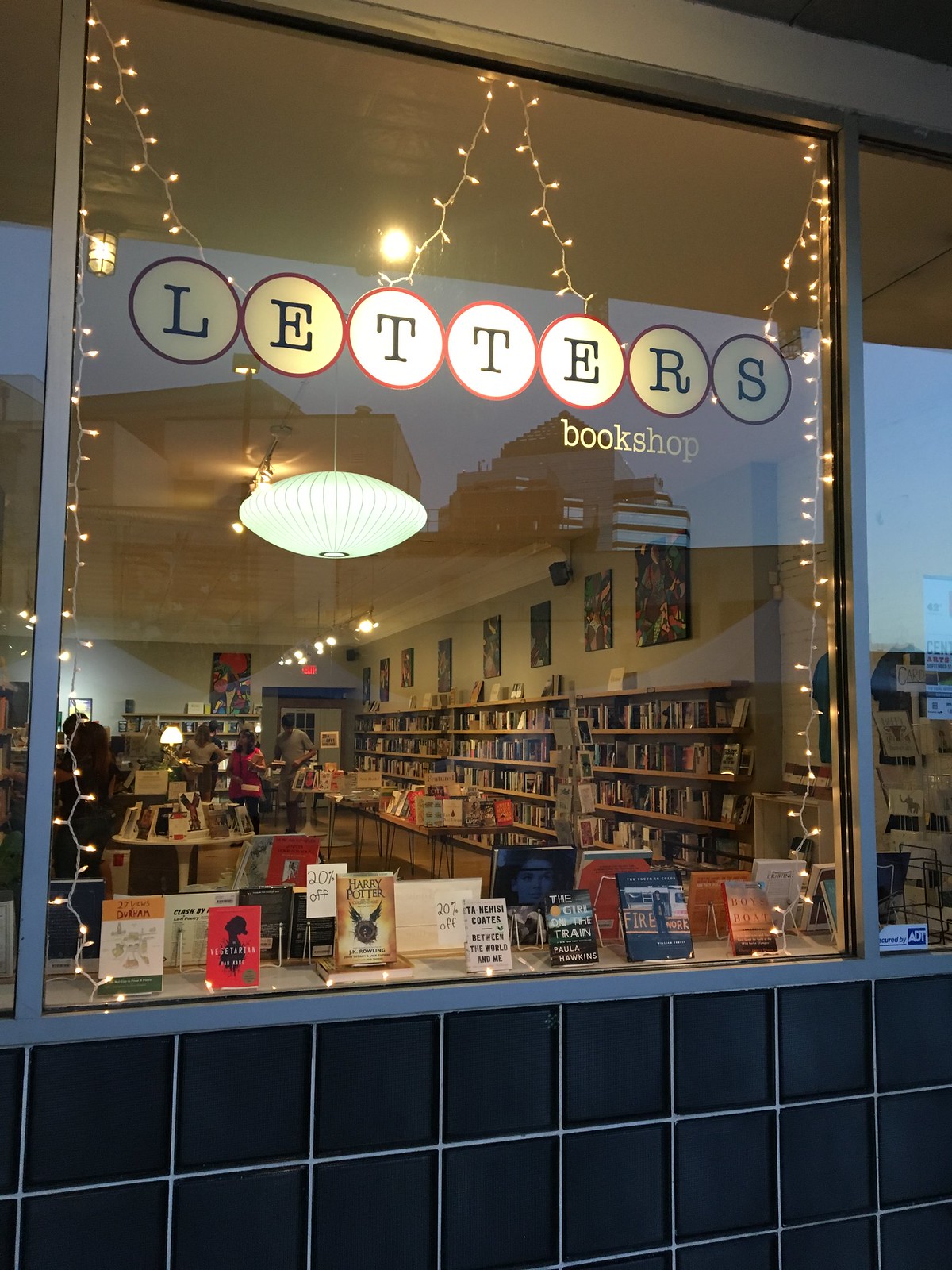 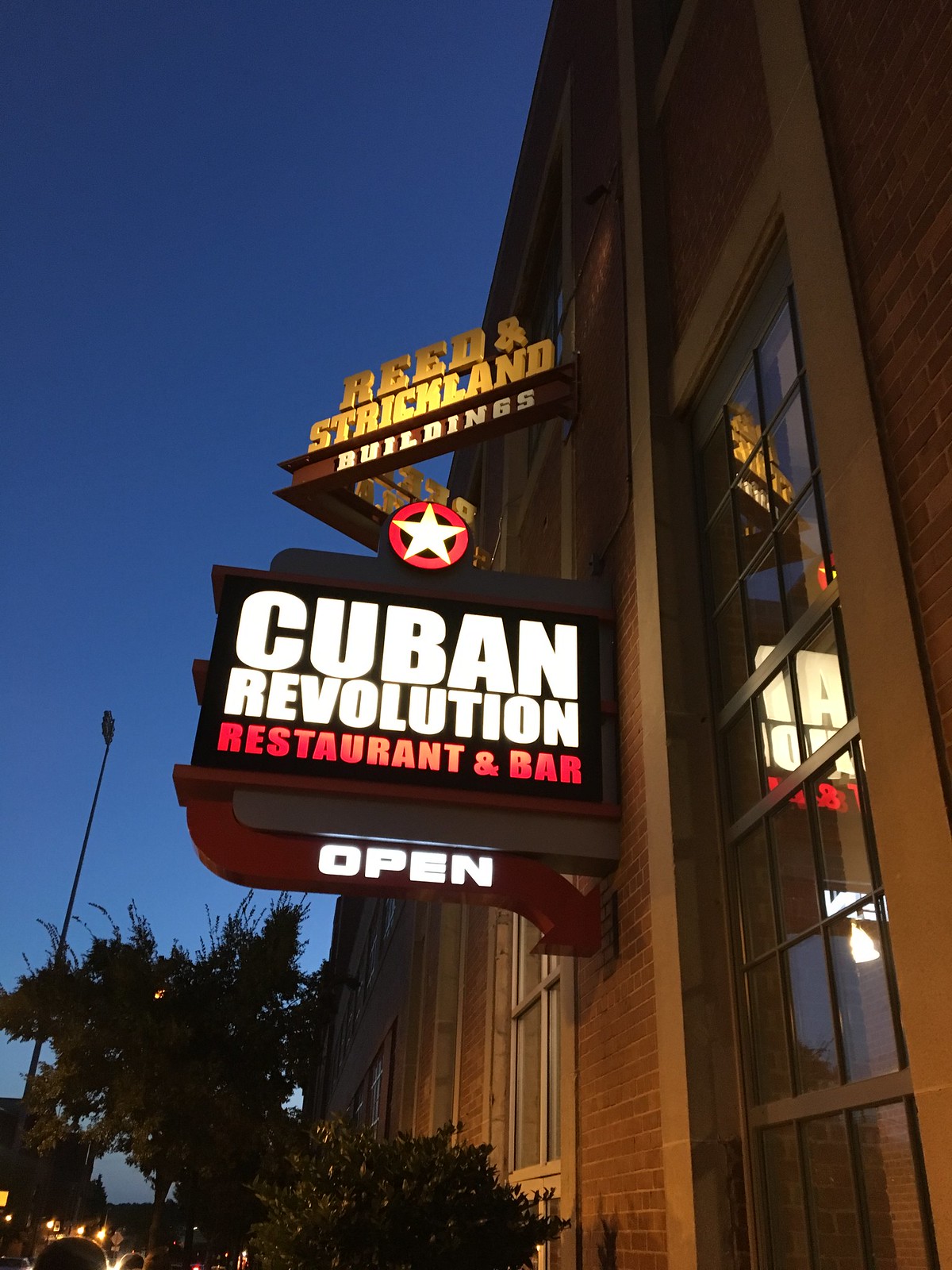 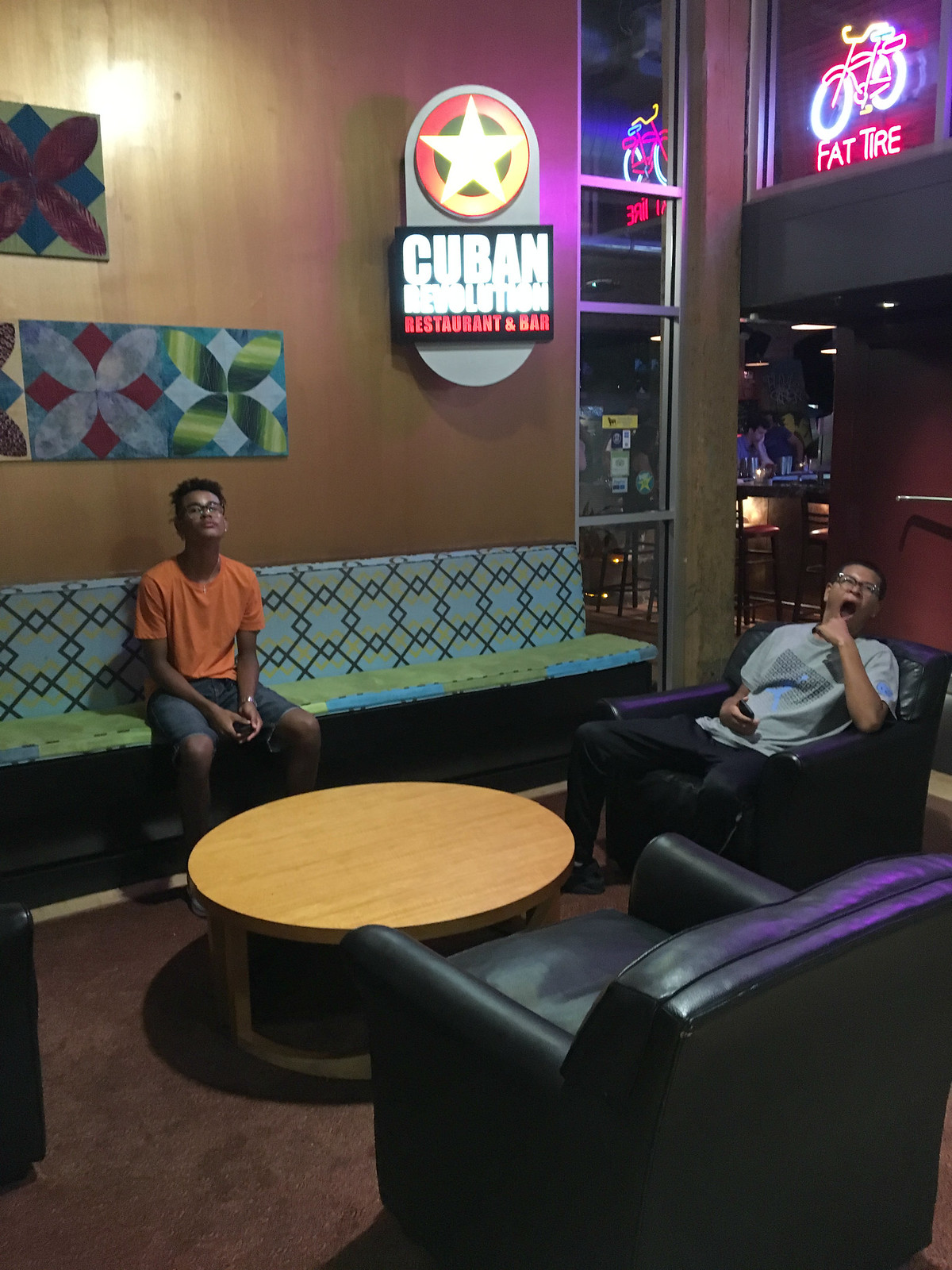 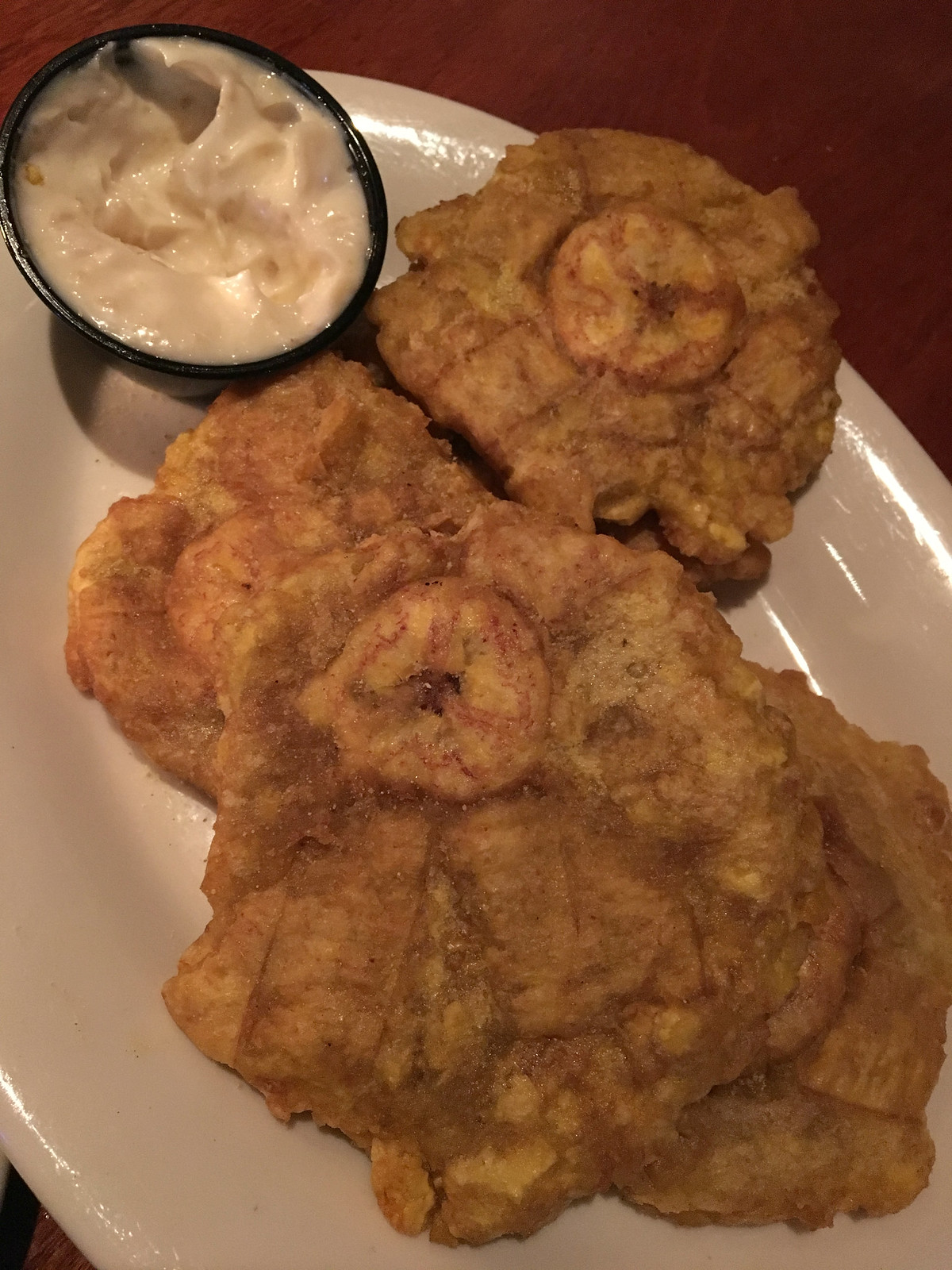 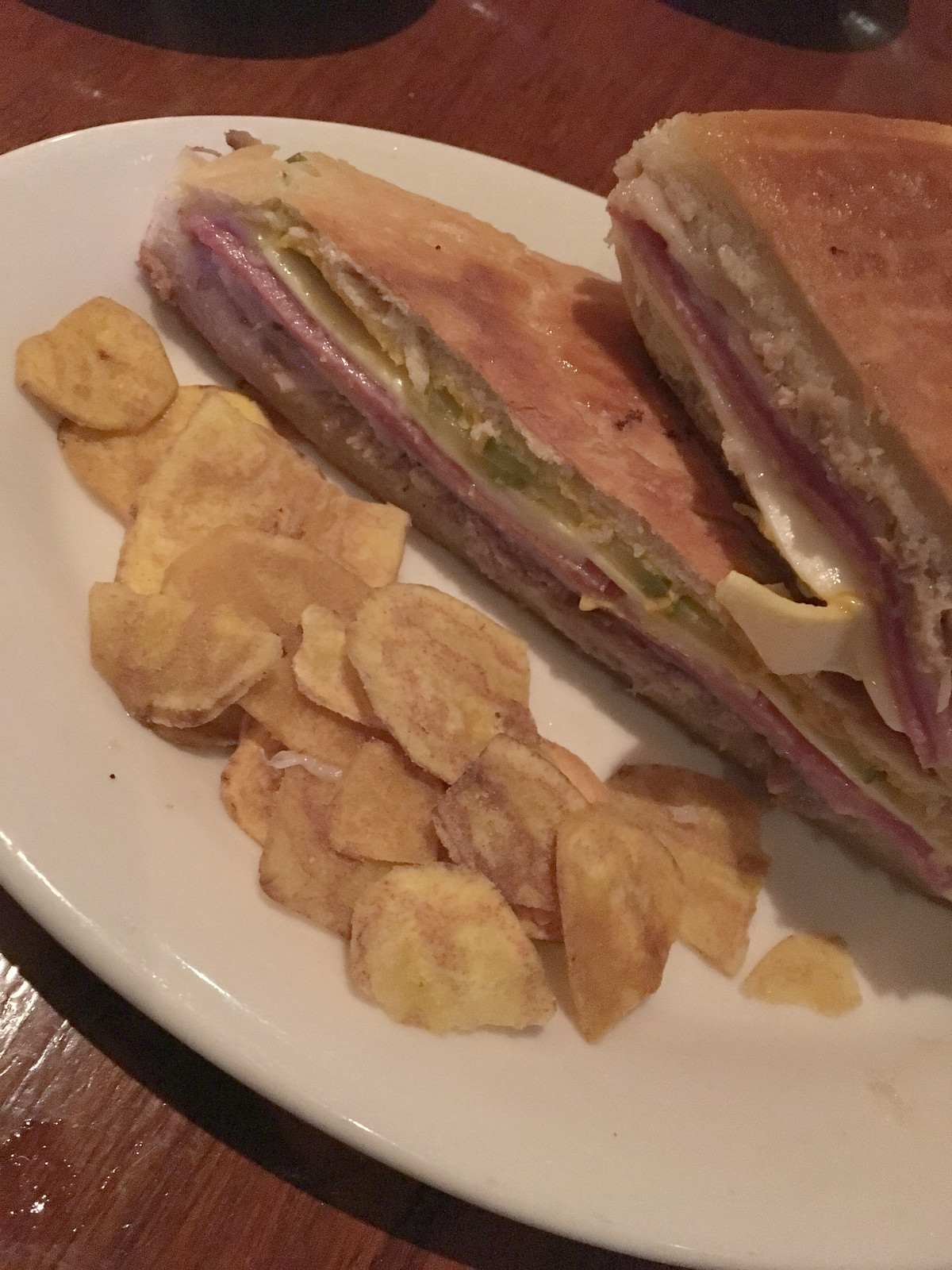 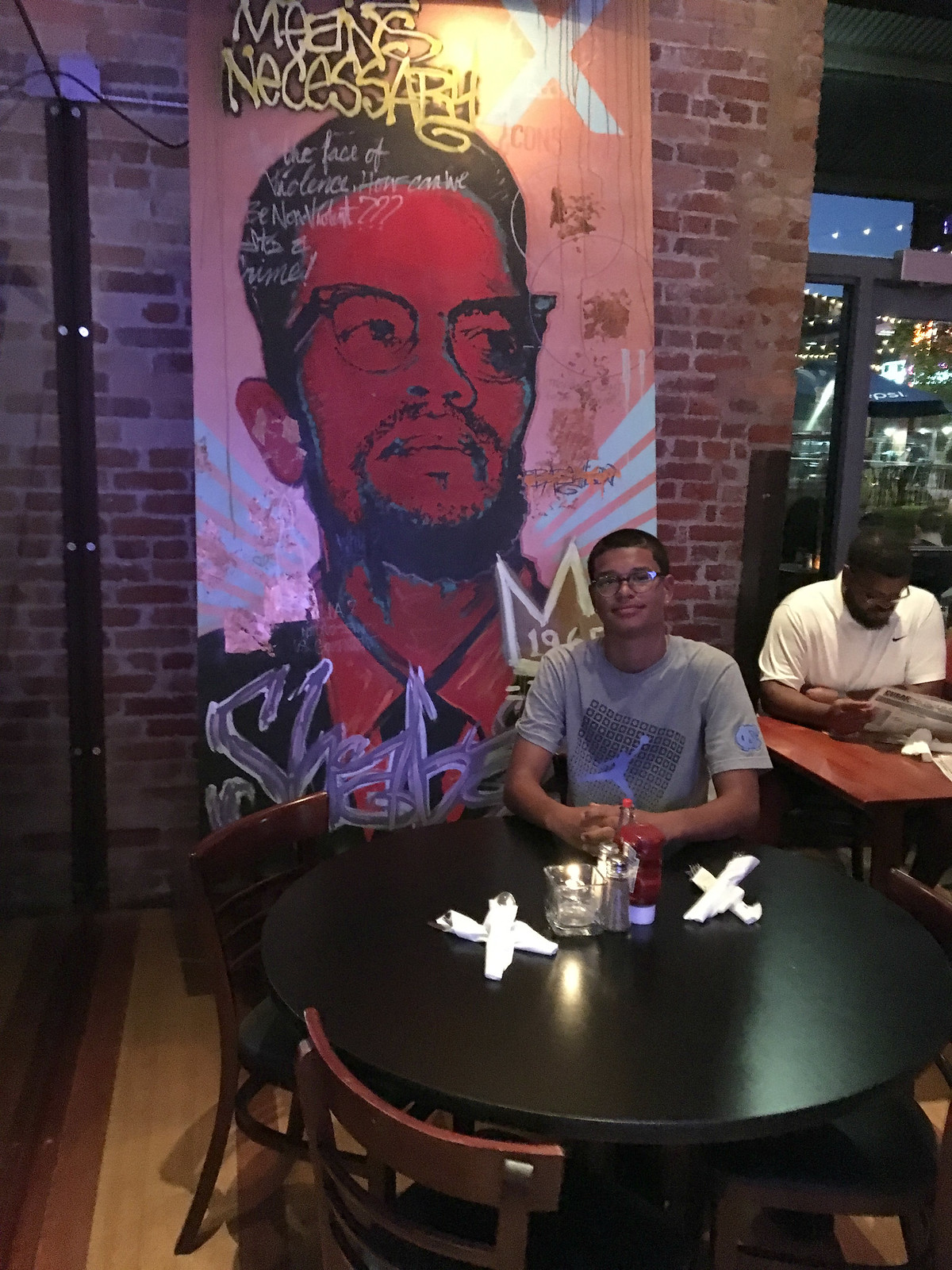 This past weekend we attended a UNC football game. Fonzy wanted to see one of his previous students who played on the opposing team.Whenever he gets the chance, he always supports his old players/students.

This was my second college football game. A few years ago, Fonzy and I went to an NC state game. I like football, so I'm always down for attending a game. We parked and rode the a shuttle to the stadium. Let me tell you, they packed that shuttle to the hilt! We were squashed in like sardines in a can! I actually didn't mind it too much. All part of the experience. It was hot as heck Saturday, and unfortunately we were sitting on the side with the sun in our face, but the game was fun. It was just nice to be out with Fonzy and the boys. Soon they will be off living their lives, so we need to soak up as much time with them as we can.

After the game we headed to downtown Durham for dinner. I was excited to check out Dames Chicken and Waffles. I heard they have the best chicken and waffles but the wait was over an hour and Fonzy and the boys weren't having it, so we decided to eat at a Cuban place we'd been to before. We passed a cute little bookstore while walking downtown Durham. I would have loved to gone in and browsed. Maybe next time because I plan on checking out Dames eventually.

Funny thing happened while at dinner. Elijah happened to notice our waitress. She was a cute little thang. Whenever she came to our table to check on us or refresh our drinks, he would look down. He mentioned that he thought she was cute and Fonzy said he would get her number for him. Of course Elijah didn't believe him. When the waitress came back to our table, Fonzy asked her how old she was. She said 19. He told her that Elijah wanted her number! Now Elijah is slightly over 6ft and has a little mustache and of course is a cutie. So she kind of glanced over at him, smiling, considering giving Elijah her number when Fonzy announced, "He's 14!" She then stammered, "uh no, sorry. he's too young!" and walked off. Elijah told Fonzy he messed up his chances with getting the girl and said she was thinking about giving him her number. I agree with Elijah. She was thinking about it! Not that he could have done anything with it! Ha! Poor kid. His Daddy totally messed up his game!
Posted by Mami Dearest No comments:
Labels: family
Email ThisBlogThis!Share to TwitterShare to FacebookShare to Pinterest 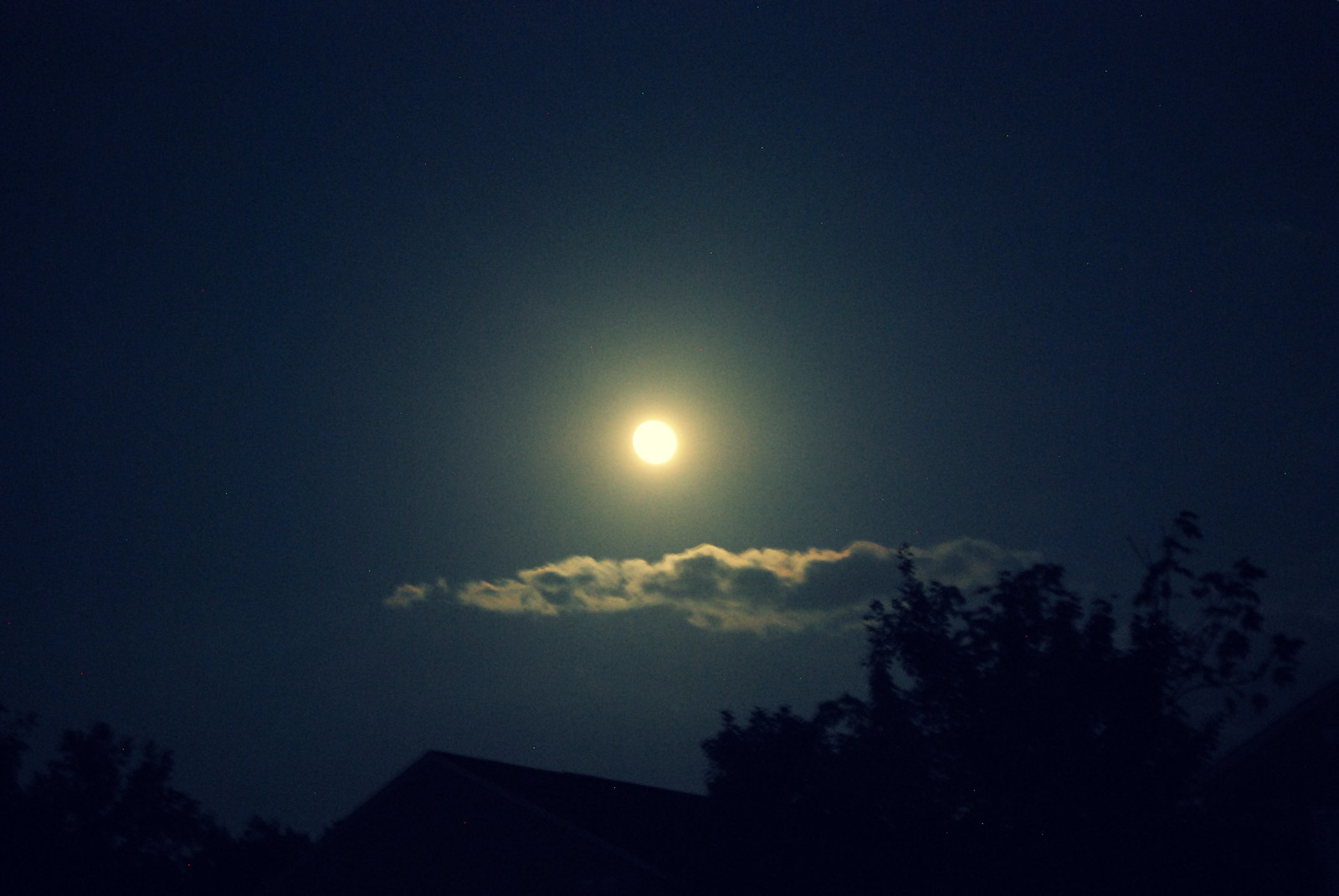 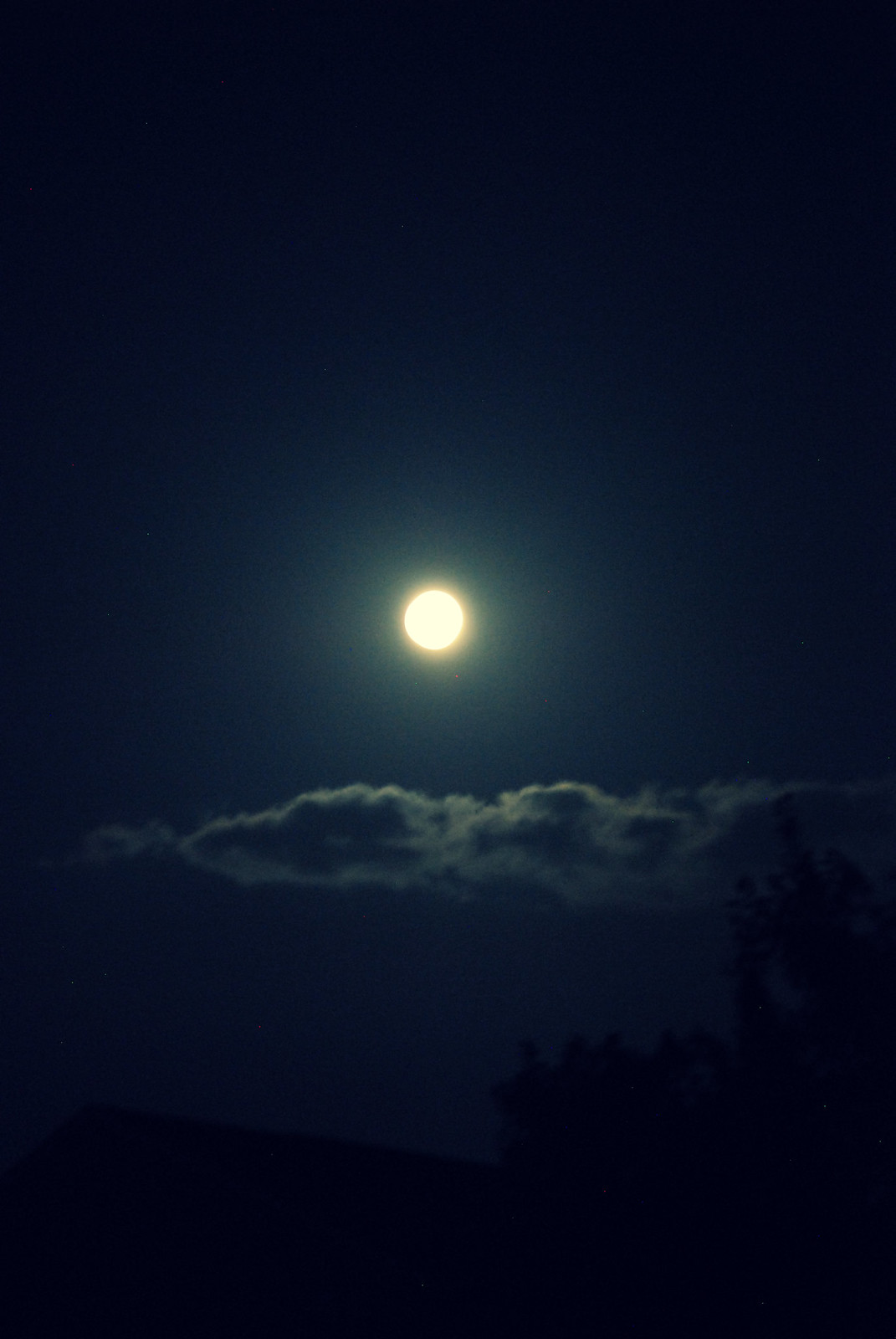 Letting Titus out last night, I noticed the moon, hovering low in the sky over the rooftops. It wasn't late, a little after 8pm, but the neighborhood was quiet. There was a slight wind, and you could feel Autumn in the air. I stood out there for a bit, just gazing at the moon, thoughts of Samuel swirling around me. His birthday is coming up next month, and I always get a little nostalgic around this time. I stare at the moon, and think of him sitting there, looking down at me. I picture him smiling, I smile back, I feel him....if just for a moment.
Posted by Mami Dearest No comments:
Labels: Samuel, thoughts
Email ThisBlogThis!Share to TwitterShare to FacebookShare to Pinterest
Newer Posts Older Posts Home
Subscribe to: Posts (Atom)