This is what happens when kids don't have school..... 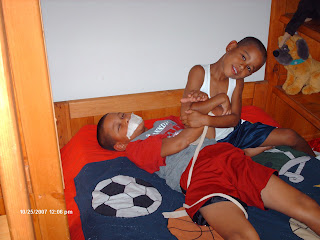 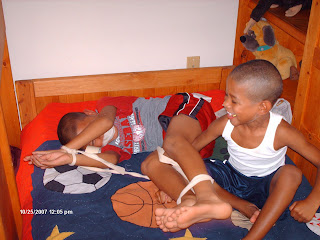 Posted by Mami Dearest No comments:
Email ThisBlogThis!Share to TwitterShare to FacebookShare to Pinterest

Latest Developments: On June 28th, 2007, Jena Six defendant Mychal Bell was convicted on charges of second-degree battery and conspiracy to commit second-degree battery. He was convicted by an all-white jury, and his attorney--a public defender--called no witnesses on his behalf. He will be sentenced on September 20th, and faces up to 22 years in prison for the schoolyard fight.

The Ghosts of Katrina: When Hurricane Katrina shook New Orleans, it also displaced tens of thousands of black residents into the surrounding area, much of which was made up of predominantly white towns and suburbs.

The Town of Jena: One of those little towns is Jena, Louisiana, a 3,000-strong, 86% white community nested in central Louisiana's LaSalle Parish. Several hundred teenagers live in the town, and Jena's only high school, unsurprisingly named Jena High School, is public. This means that, under the Brown v. Board of Education precedent, it's integrated. Well, most of it, anyway.

Nooses on the Tree: On the campus of Jena High School is a big, shady tree. According to students and others from the local community, it was understood that the tree's shade was for white kids. A black teenager attempted to sit under it on August 31st, 2006; accounts vary as to whether or not he was prevented from doing so. The next day, three nooses were found hanging in its branches. The white students who admitted to hanging the nooses were suspended for three days. 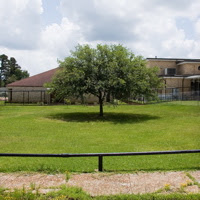 The "whites-only" tree at Jena High School. The tree has since been cut down.

Integrating the Shade: Several days after the noose incident, a group of black students gathered and sat under the tree in protest. White students' parents called the police, and LaSalle County's white district attorney stormed the campus with armed police and gave an impromptu lecture to the black students who had gathered under the tree. "I could end your lives with the stroke of a pen," he reportedly told them.

The Jena Six: On December 4th, 2006, a fight broke out on the campus of Jena High School. During the struggle, a white student was beaten. He was taken to the hospital, but was released shortly thereafter and attended another school function that night. The six black students were rounded up by police and charged with attempted second-degree murder and conspiracy to commit second-degree murder. Each of the students faced up to 100 years in prison. Jena High's ordinary penalty for a fight at school is three days' suspension.

Murder by Tennis Shoe: The district attorney justified the attempted murder charge by classifying the tennis shoes the black students were wearing as deadly weapons. Apparently realizing how ridiculous this sounds, he reduced the charge from attempted second-degree murder to second-degree battery for Mychal Bell, the first of the six defendants to be charged. He has not yet reduced the charge for the other five defendants.


Get Active: The NAACP has gotten involved in the Jena Six response. Through its web site, you can:
Sign the NAACP petition calling on the governor and attorney general of Louisiana to get involved, and
Donate to the Jena Six defense fund to help secure adequate counsel for the Jena defendants.

Other action you can take:
Sign the ColorOfChange petition asking Governor Kathleen Blanco (D-LA) to intervene, asking the district attorney to reconsider his actions, giving you the option of being updated on future Jena Six activism events (including rallies that are scheduled to be held in Jena), and providing a link where you can donate to the Jena Six defense fund.
Sign a separate petition calling for the U.S. Department of Justice to investigate the circumstances surrounding the prosecution of the Jena Six.

http://civilliberty.about.com/od/raceequalopportunity/p/jena_six.htm
Posted by Mami Dearest No comments:
Email ThisBlogThis!Share to TwitterShare to FacebookShare to Pinterest 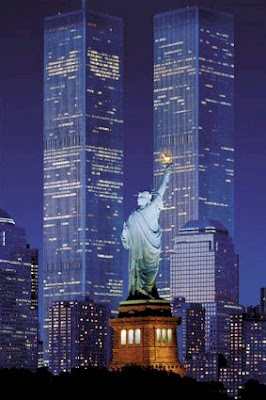