Friday Night Football is Back! 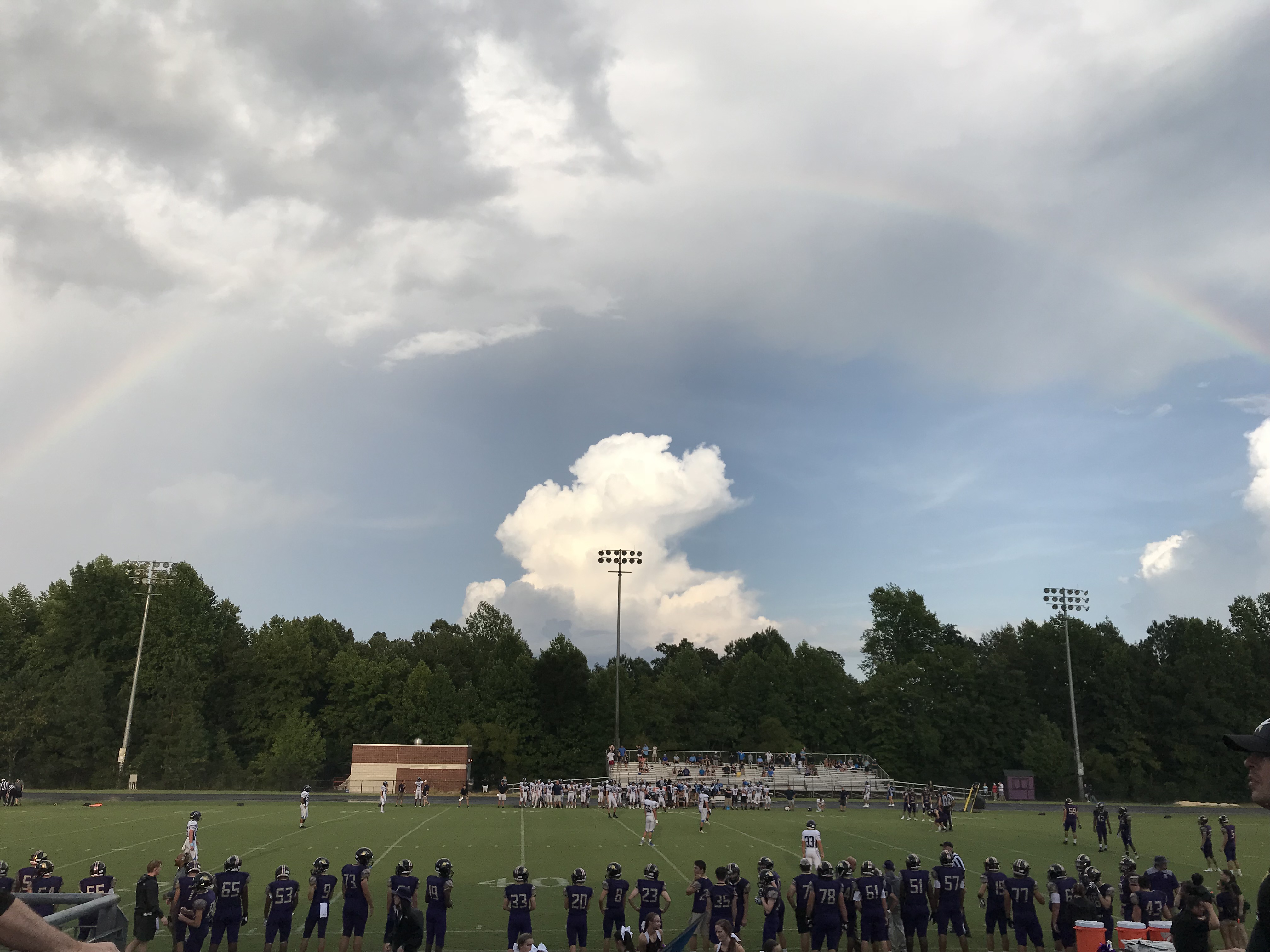 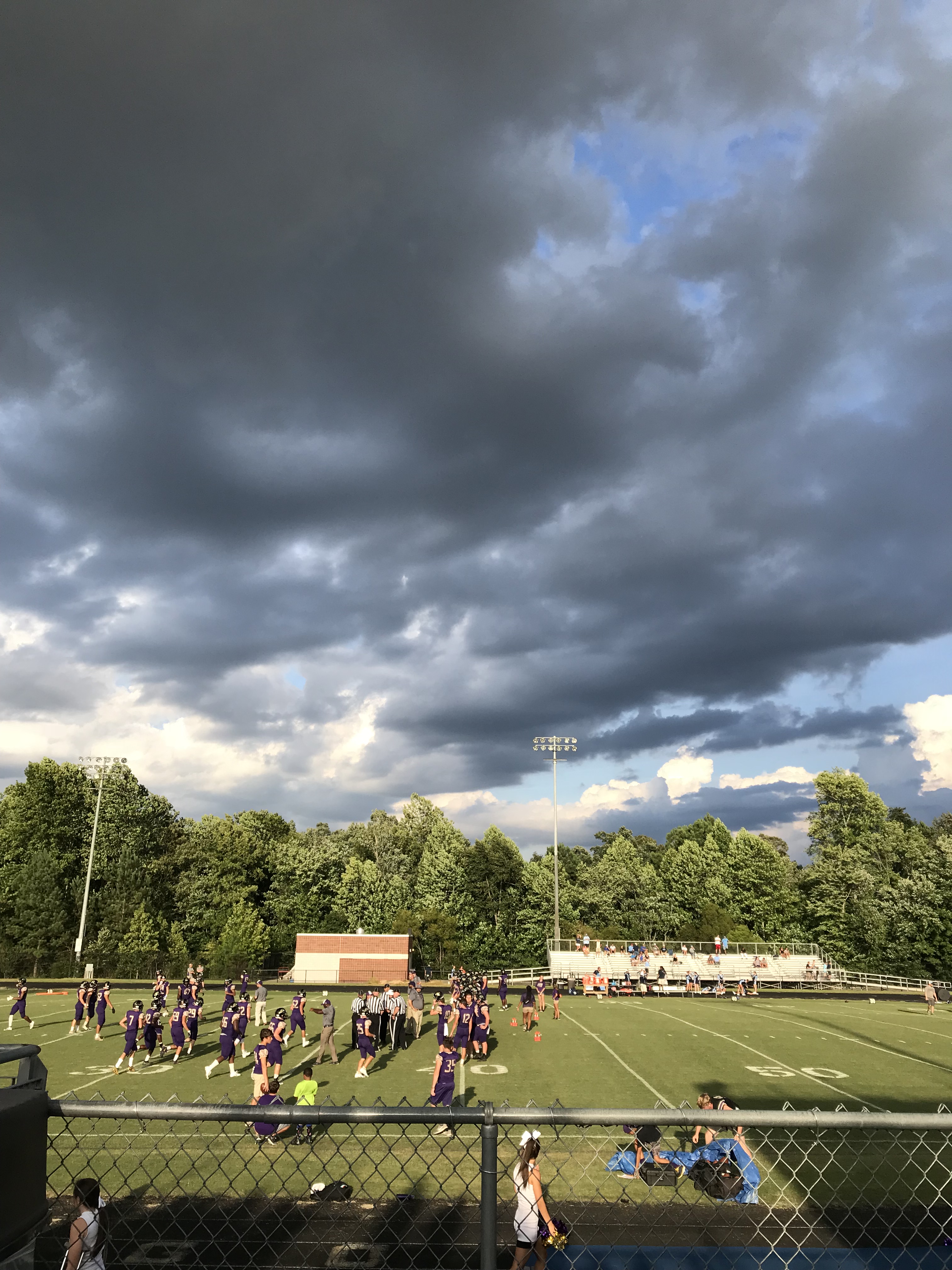 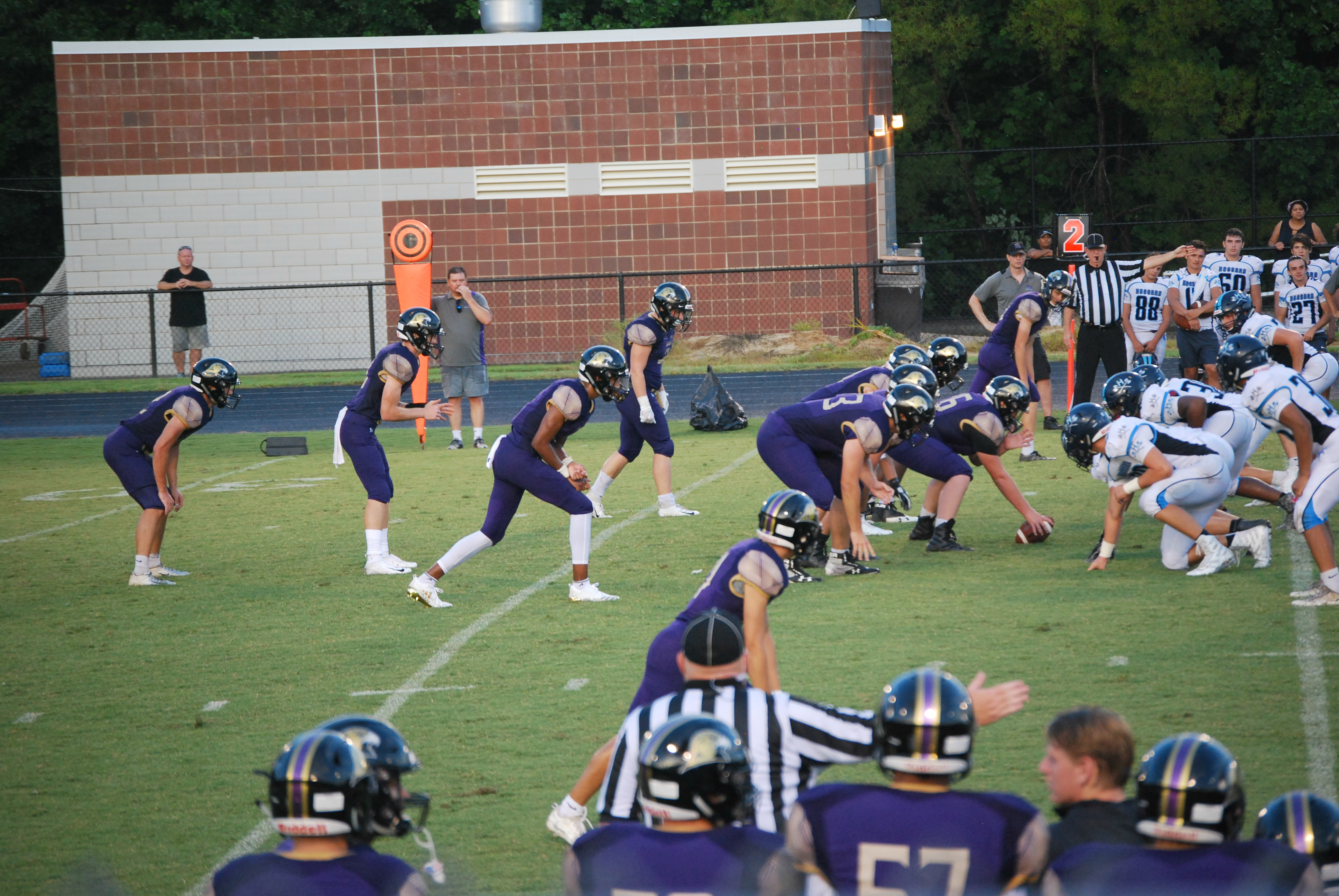 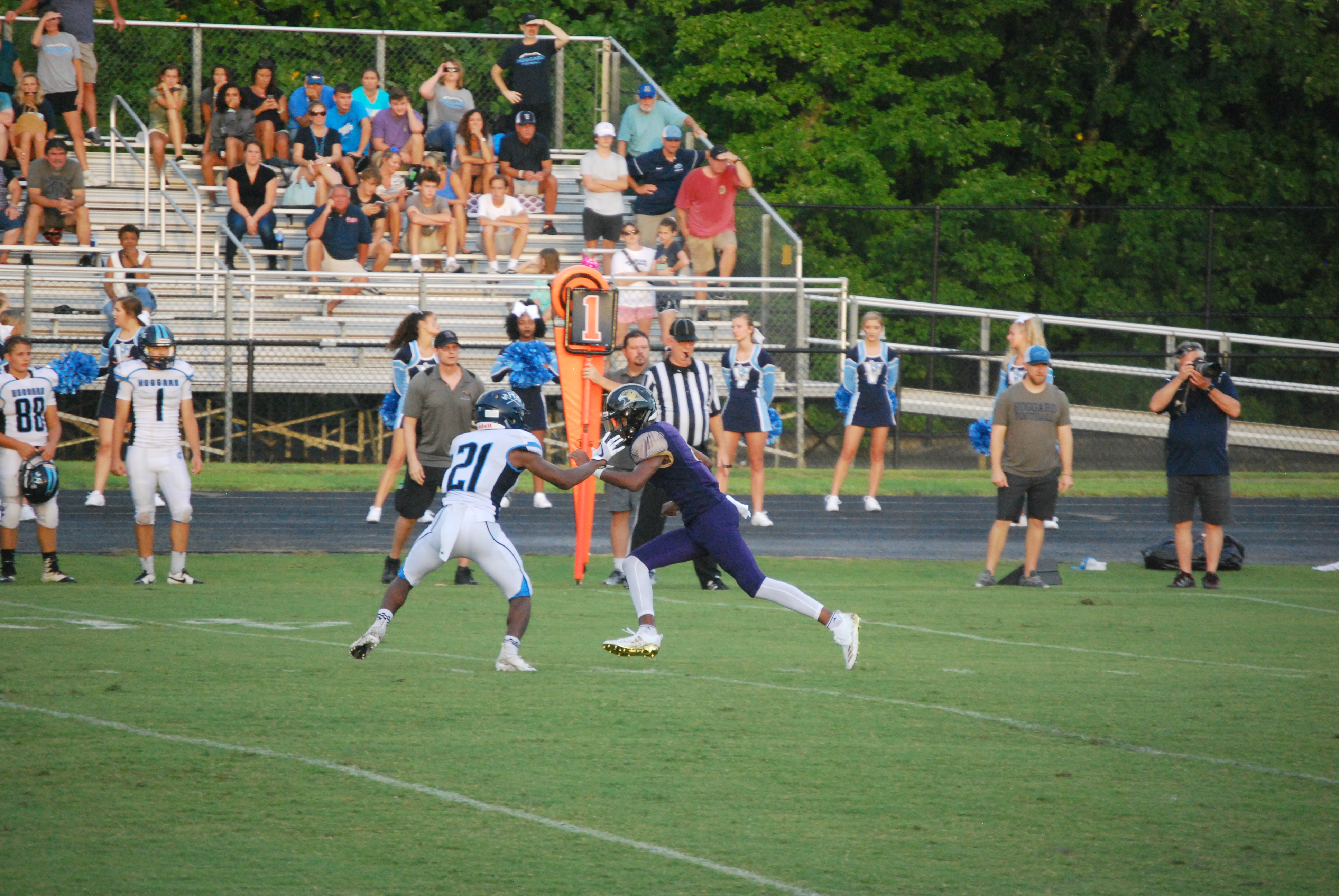 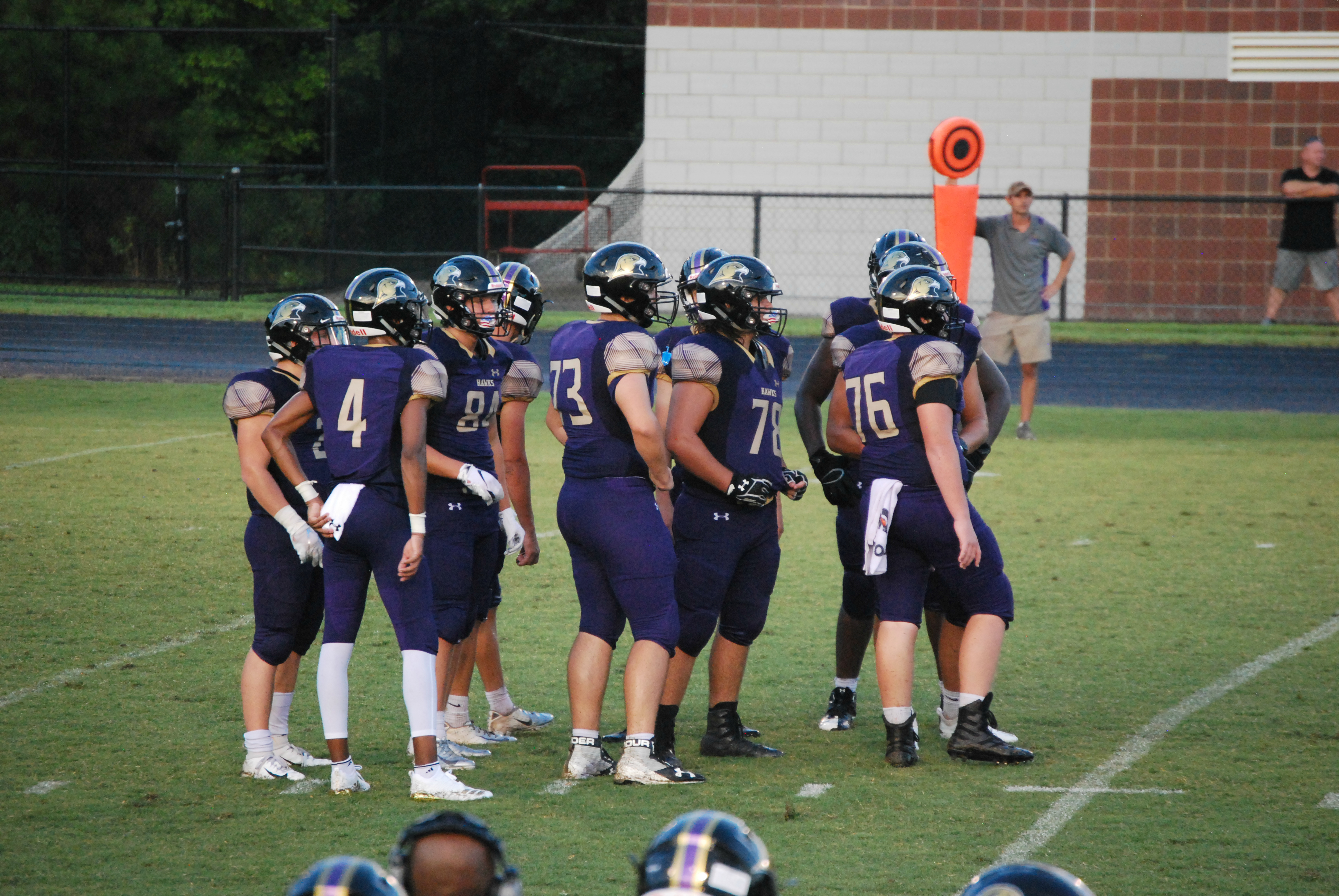 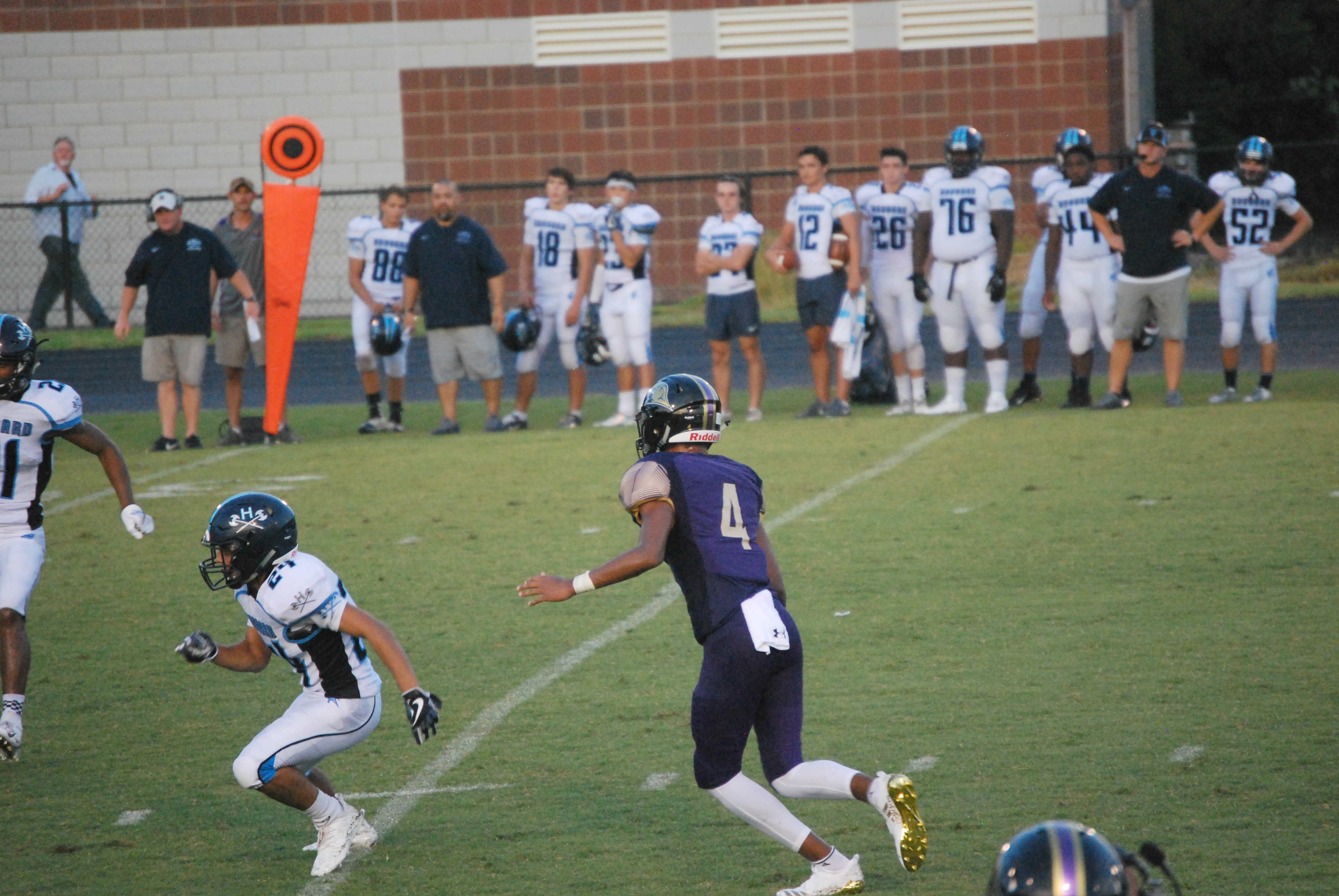 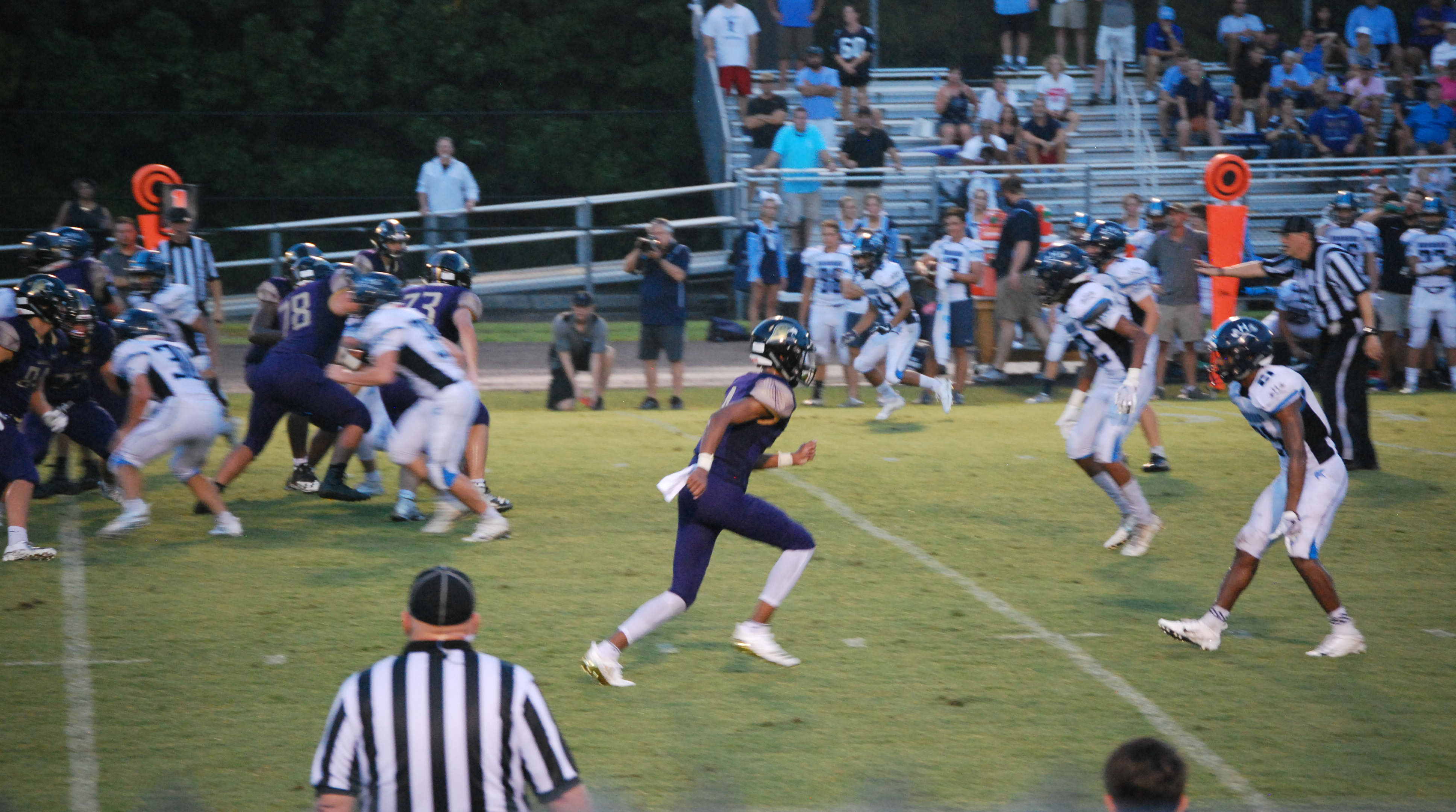 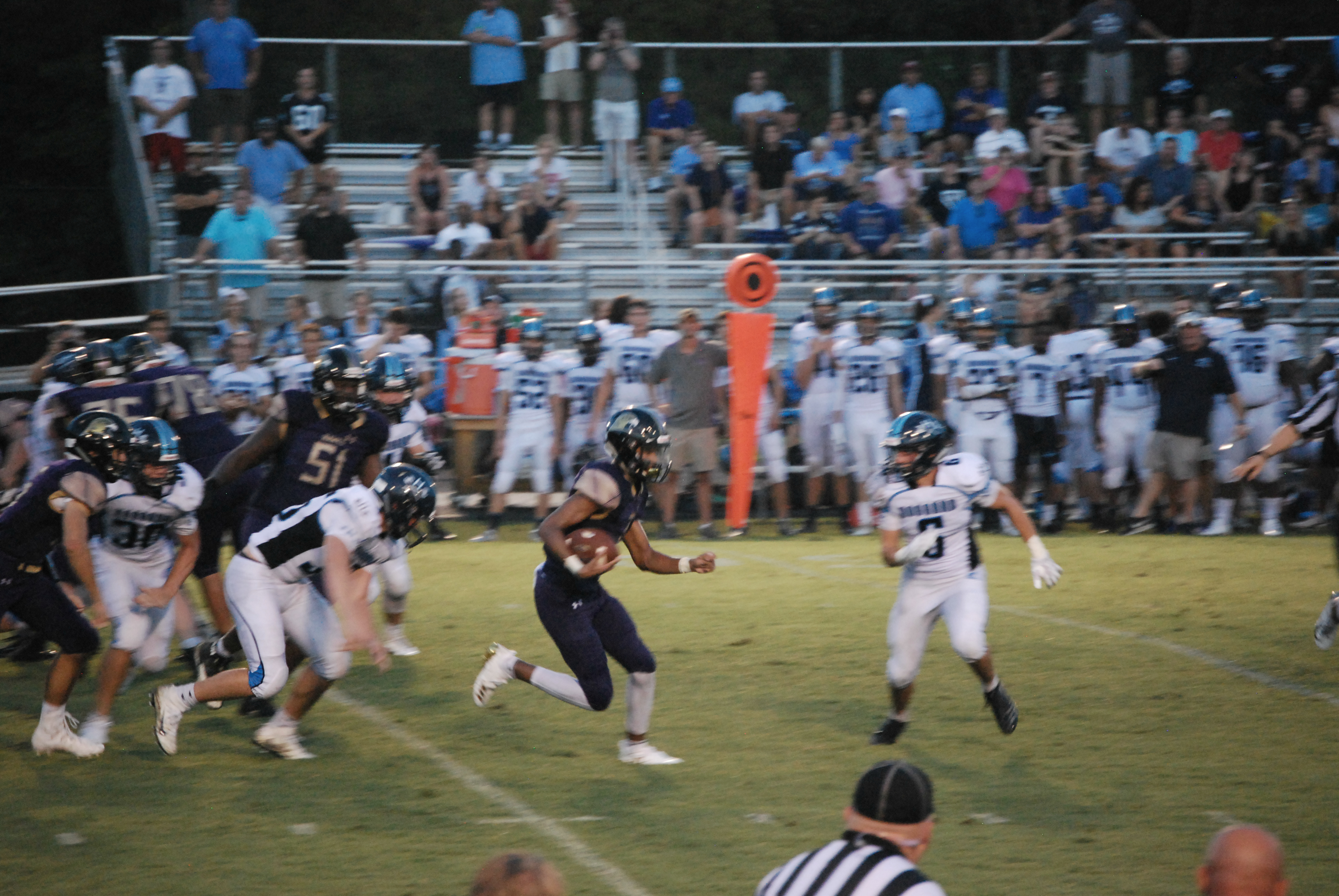 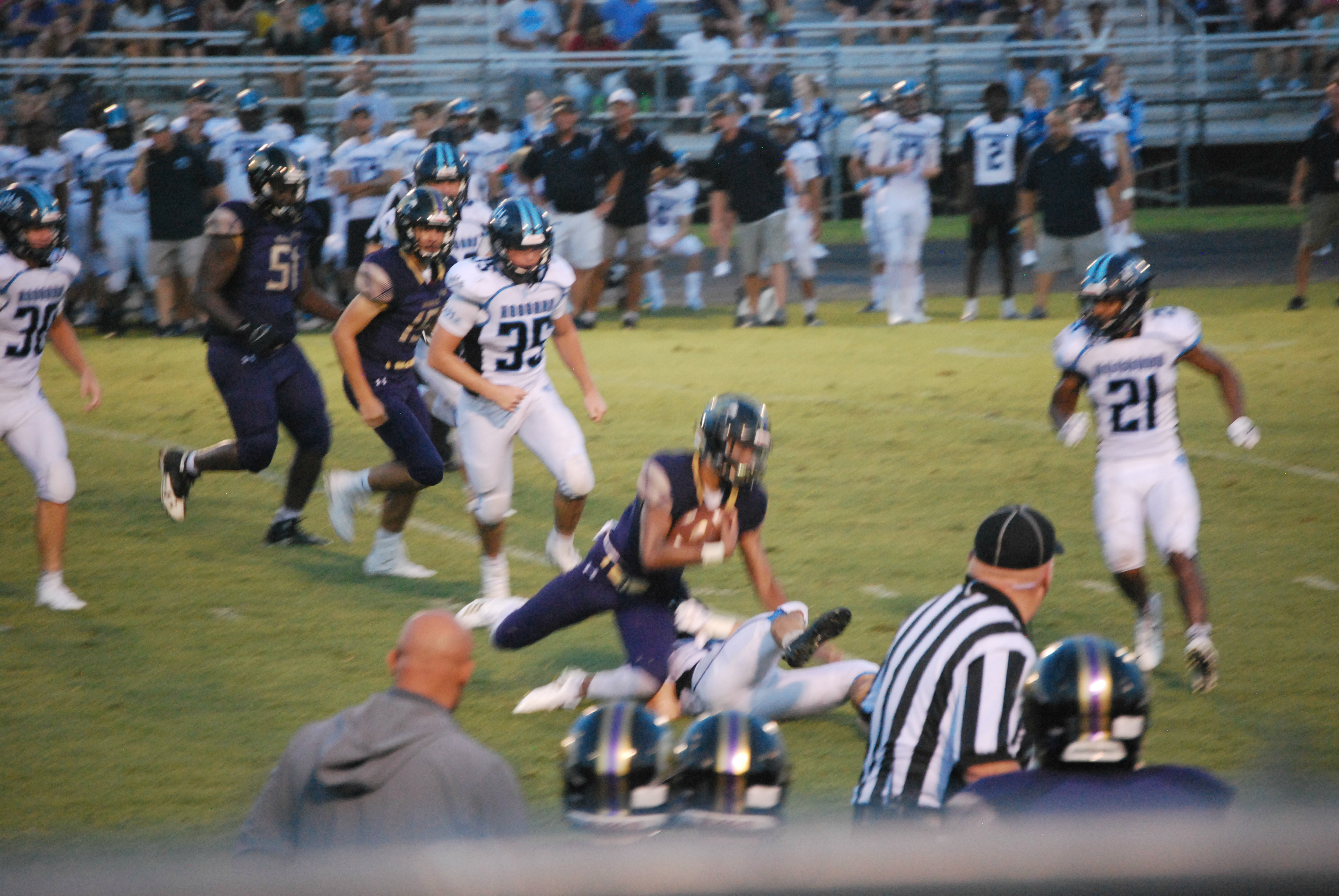 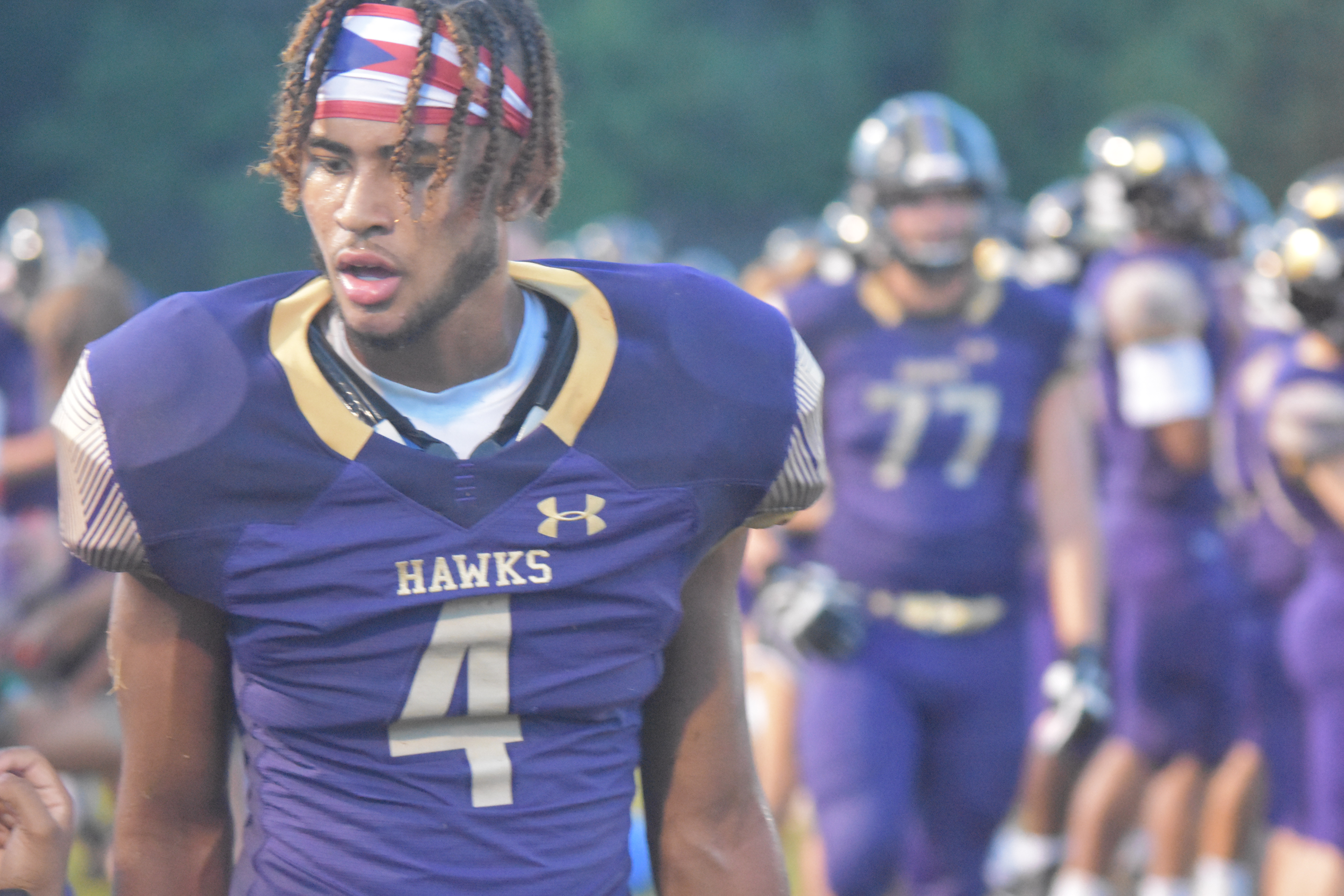 Friday Night Football is back! And that also means Fall is right around the corner! We are officially one month away! My favorite time of year! But I digress. This is about football.

This past Friday was Elijah's and the Holly Springs High first game of the season. All summer Elijah has been attending football workouts and camps at universities, and now it was time to shine. He's a Jr this year and we are striving for a scholarship!

During football season, I call Friday nights our date night. Fonzy and I go out to dinner, then head to the game. Fonzy said all day at work he was excited for the game, walking around the middle school campus like he was getting ready to play. We both were excited.

We arrived at the stadium early to moody skies. There was some sunshine, but one dark cloud rolled in right over the field. While the teams were on the field warming up, it started to sprinkle and rainbows appeared. What a start to the season! Then the heavens opened up and the rain came! We figured it would pass over, but ended up raining for nearly 30 minutes. The field, players and everyone in the stands were soaked. But luckily no thunder or lightening so the game went on.

Spirits were high as we got the first touchdown, but unfortunately didn't last. We had 4 fumbles, with 2 being Elijah. The final score of the game was 21-6.

My heart went out to Elijah. He has worked so hard all summer! I blame it on the rain. Of course, the coaches could care less about the rain or anything else for that matter. "Hold on to the ball!" I'm sure was yelled at him. No excuses! And nobody I'm sure was harder on him then himself.

Being Mom, I wanted to make it all better. To let him feel a little less down. I told him it was okay. It was only the first game and in the next games he will be awesome! This is his year!

He WILL shine this year! I'm speaking it into existence!

Here's to Friday Night Lights and the start of an awesome season! 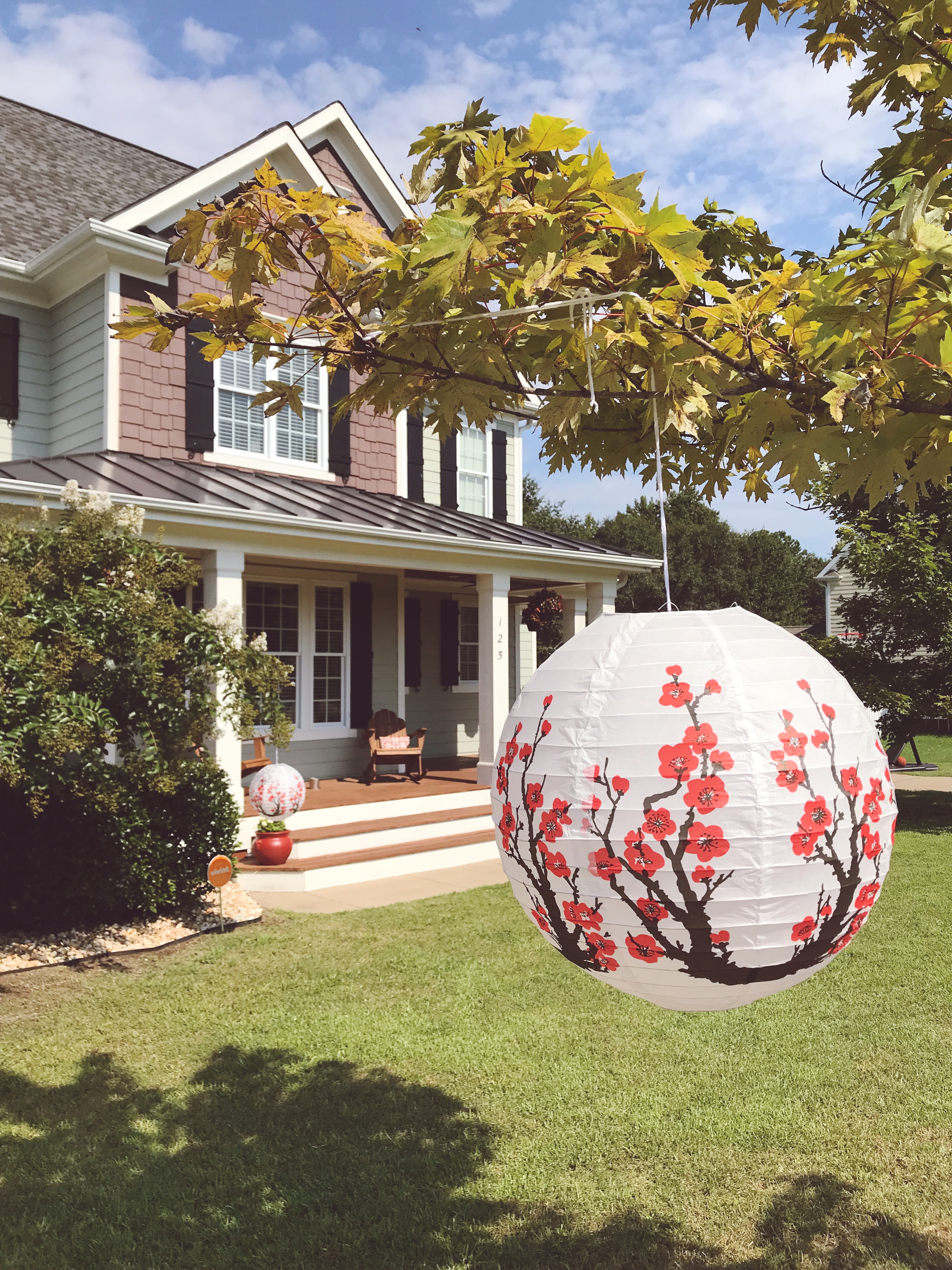 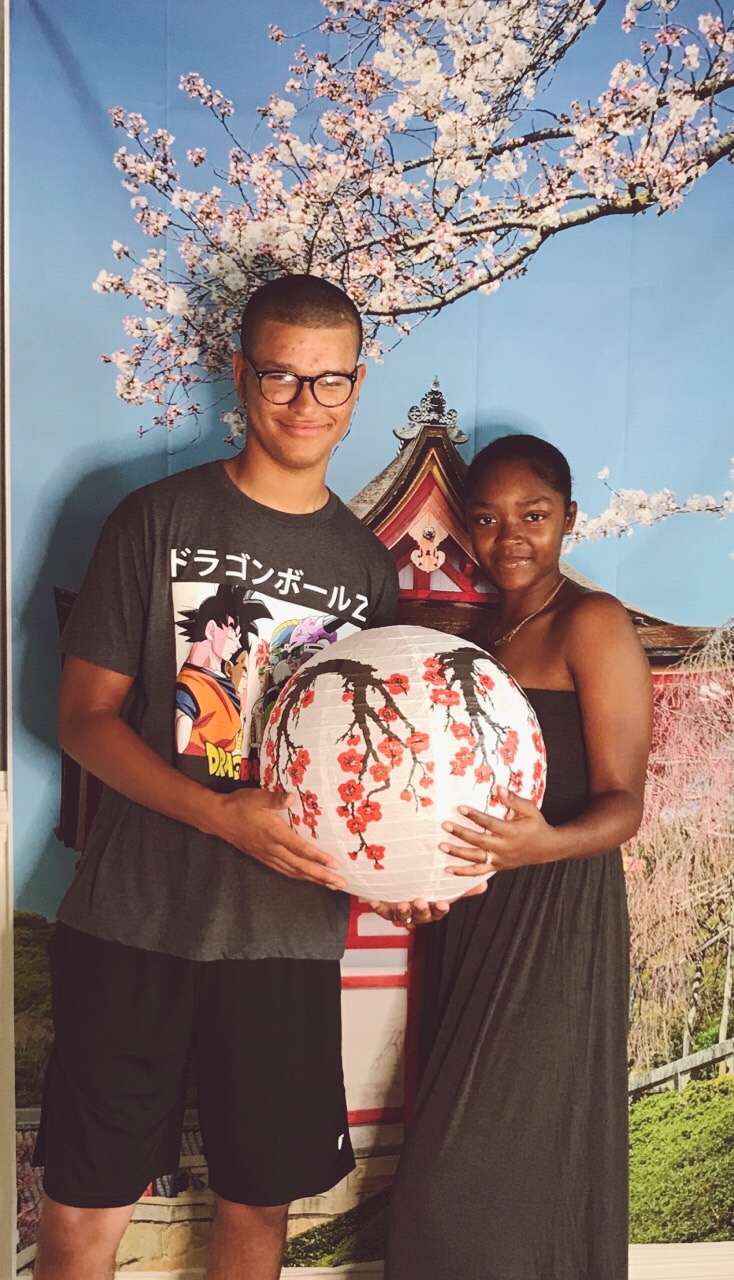 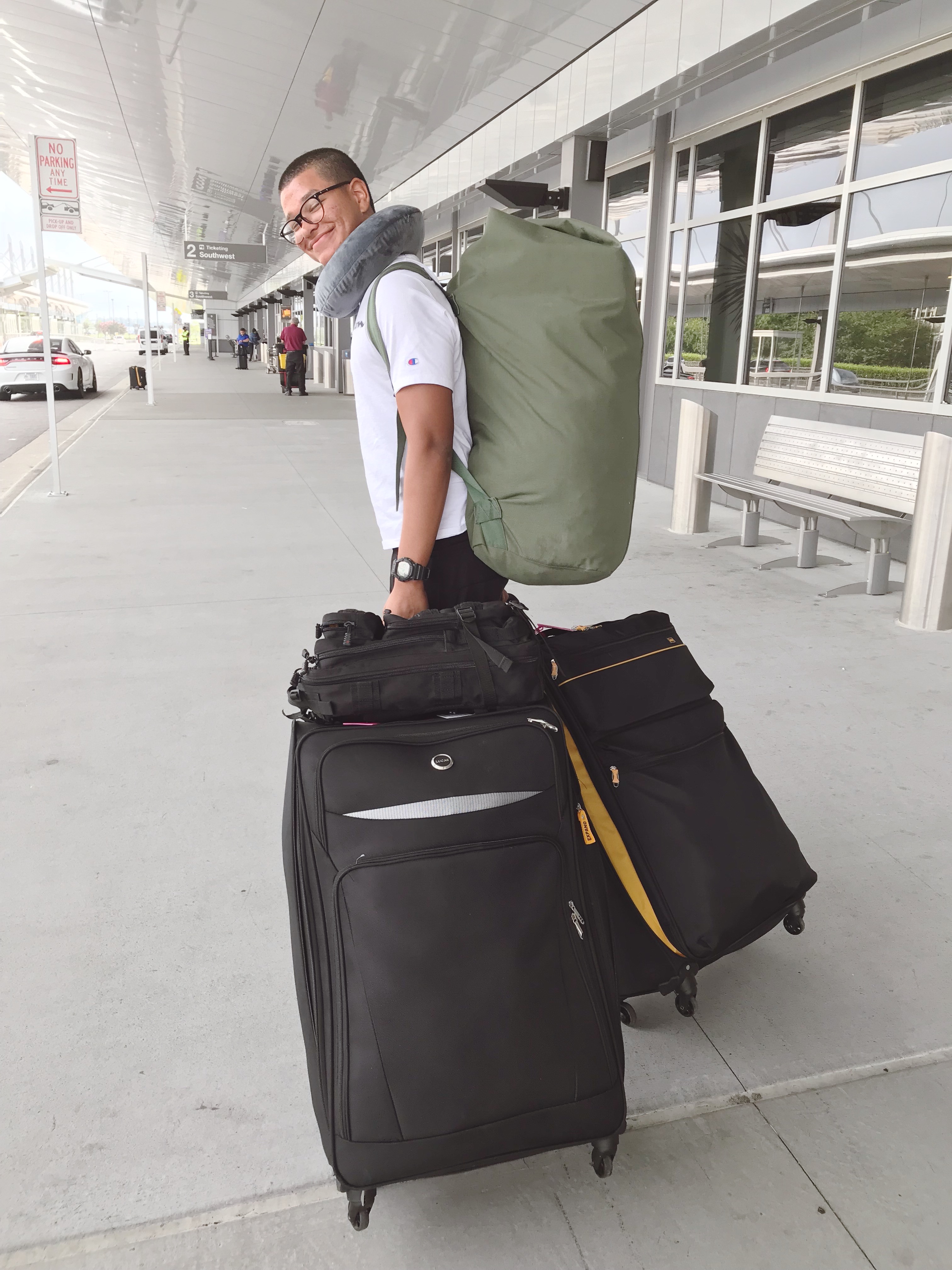 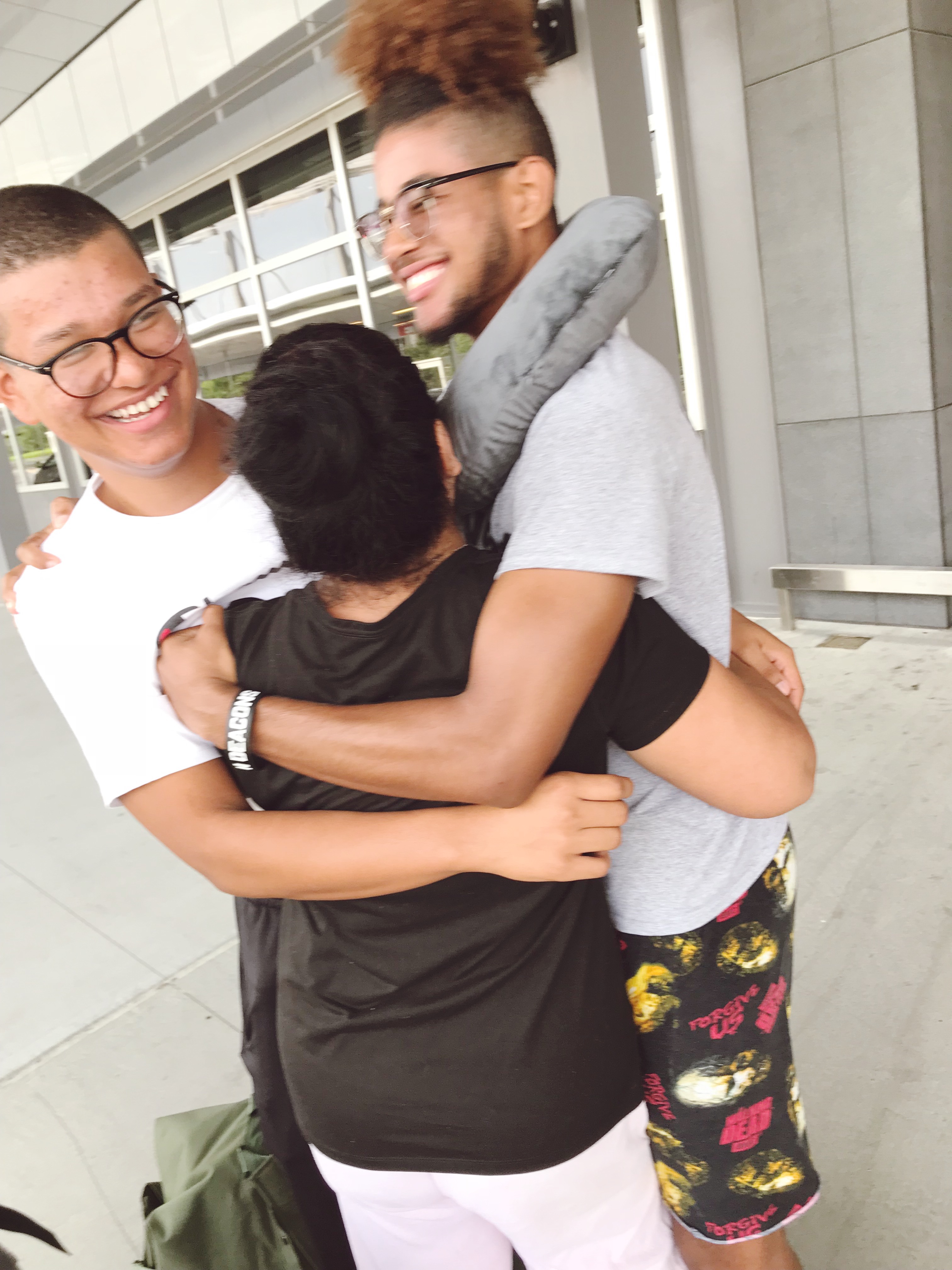 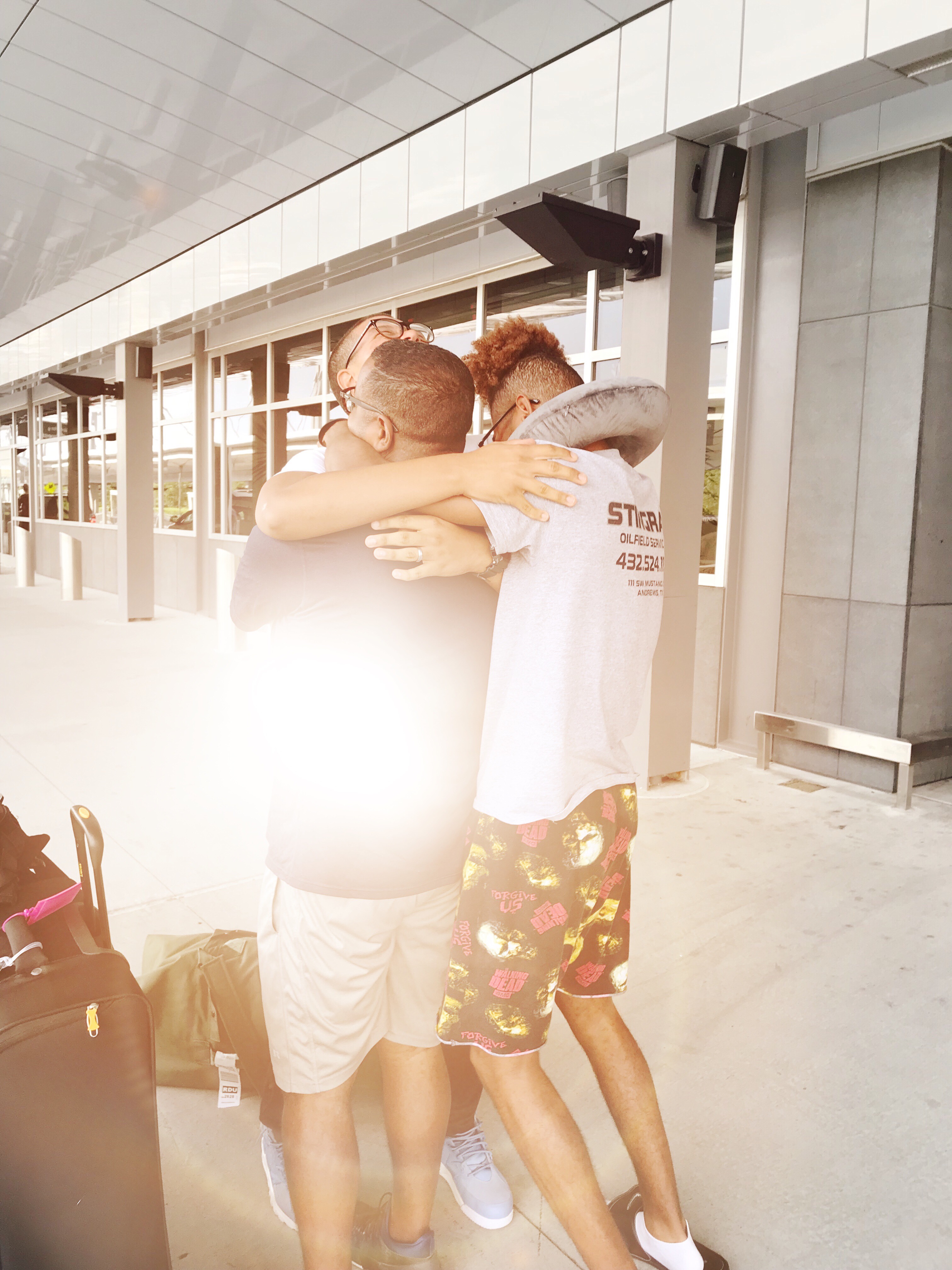 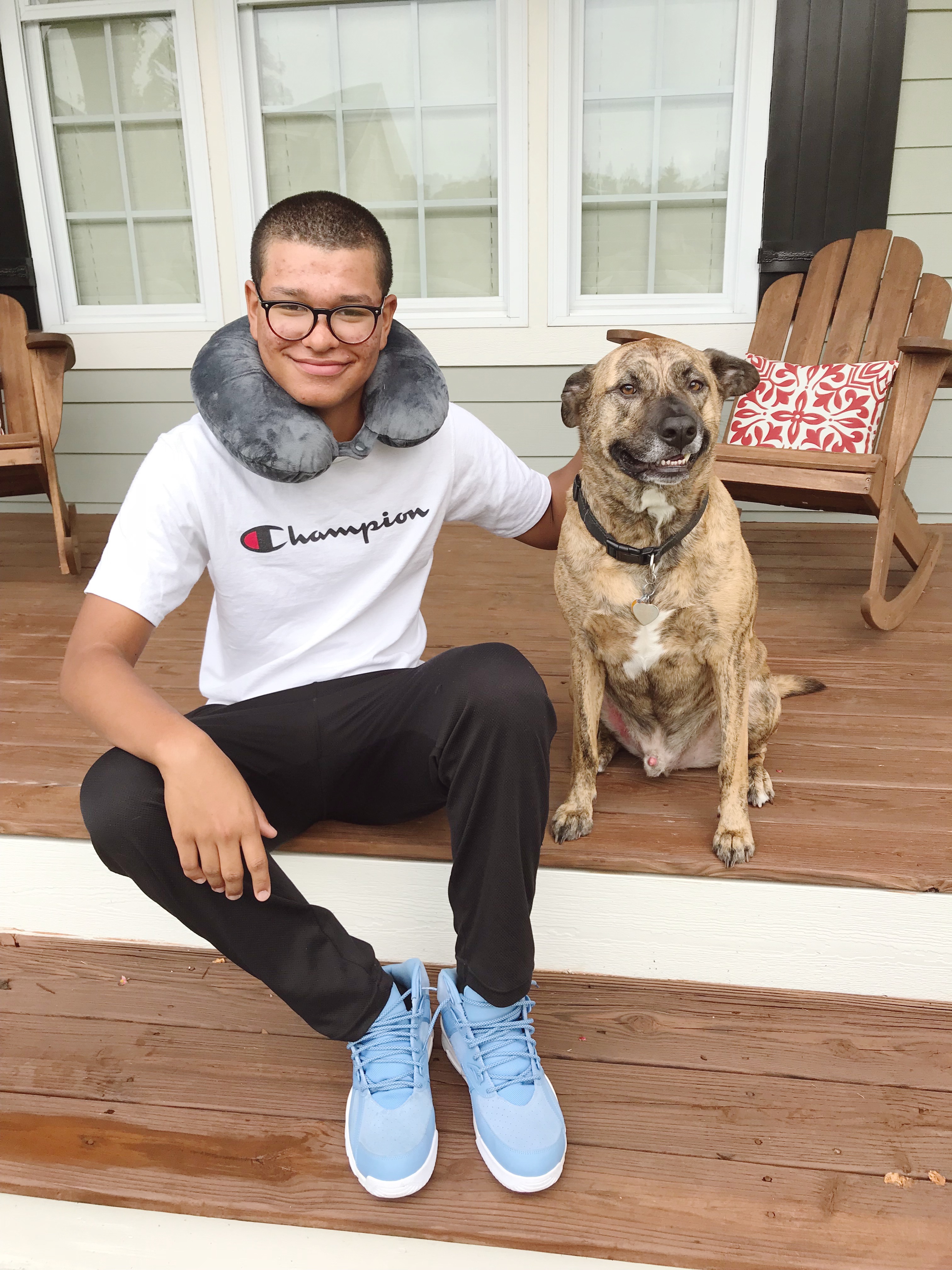 Ezekiel, Sydney and their little dog Cinnamon have landed in Japan! I'm so excited for them and this new adventure/chapter of their lives, but must admit my Momma heart is aching just a bit. Japan seems so far away! And three years seems such a long time. But these two are ready to tackle the world and all it holds for them.

As parents it's so hard to let go. But letting go is part of the deal. We get them for such a short time, and it's so easy when you're in thick of it, to want them to be older. Be more independent. Not need you every minute of every day. But then it happens and you wish to go back in time, do it all over again. But this time around, you'll cherish all the moments and pray time to slow the heck down! I wish this with all my boys.

For Samuel, who we only had for 19 years. I often wonder what he would be like now at 28. Manuel 27, with a family of his own in Texas. How I wish they were closer. Ezekiel 19, married and half way around the world now. To Elijah, the baby at 16, still at home. We have 2 more years with him home, then who knows where life will take him. Soon, so very soon all of them will be living their lives away from us and all we'll have are the memories of the precious few years they were ours.

For those of you with little ones still at home. CHERISH this time. All too soon, it will be gone and you will be wishing for it back.
I sure do.